Very much agree with this. You’ll look like a human version of the Google maps device mounted on all of those Toyota Prius.

Better hope the battery doesn’t die while you’re wearing the VR viewer going down the road.

I would get really tired of people coming up to me and asking for their quest if I were to wear this out in public. 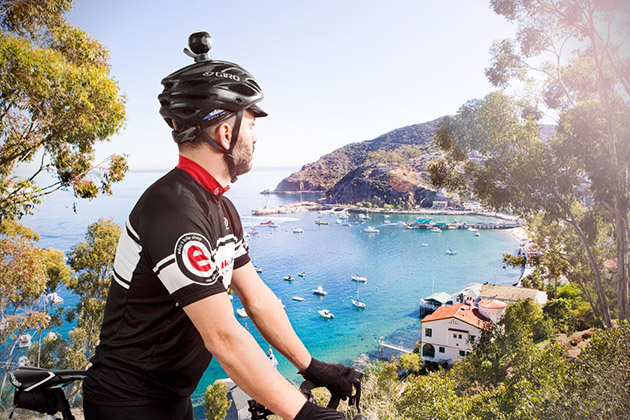 Too bad I can’t use it on my motorcycle helmet

Yeah, I’m giving the camera a pass on whether it’s what makes the person look ridiculous.

Too bad I can’t use it on my motorcycle helmet

Nothing that a little bit of double-sided sticky tape couldn’t solve.

Yeah, I’m giving the camera a pass on whether it’s what makes the person look ridiculous. 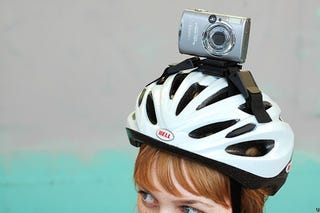 I got this last go around. I was hoping I could set it up in my house when I’m away and connect to it over wifi/network. Nope. That’s not what it’s for. I didn’t read the full description. It’s a 360 gopro wanna be with a short battery life. I now have it setting on my end table and tell my kids it’s a security camera where I can see all around me, no sneaking around. They don’t have to know otherwise (but’s it sits there all lifeless). When I did have it hooked up to the PC, it was kinda cool seeing all around.

I totally thought this was one of those helicoptor style drones with a ball shaped object and were targeted toward sci-fi fans calling it a personal U.F.O. and ran with that marketing strategy. I first saw a flying helicopter bal that launches from the palm of your hand… Ill add link. I have the samsung 360 camera that has interchangable accessories and adapter mounts and most of the thinks the go pro can mount on, the SAMSUNG 360 CAN. The 2nd and current eddition FEELS cheap in my hand of the samsung 360… there is a bikehelmet ADAPTER for the Samsung 360 1st gen, but there are less conspicuous adapters… like literally anywhere else is less conspicuous and you dont look like a funko pop character while cycling (i have multiple bike attachments and i have wireless control to orth ALOT more to me in value from the use i get attachinv to drones, using for quiCV k security cam setup, a 360 degree view

WHILE DRIVING FOR LYFT IS THE BEST FEATURE. THIS WILL RECORD ANY UNFORTUNATE ACCIDENT IF ONE HAPPENED AND THE VIDEO CAN BE REWIUMD PSUSED AND I CAN WATCH THE VIDEO LOOKING IN ANY DIRECTION FROM THE CAMERA. I set my 360 cam in the center OF WINSHIELD DASH on my 3 leg pedestal adapter. It is great for insurance and if someone is drunk and pukes on your vehicle. Or damages your vehicle.

If they are drunk and dont remember even you giving the passanger a ride they will argue against cleaning fees or damage fees.

I almost sold my samsung 360 camera until i saw the new plastic design.

I’m not sure about this design and I wouldn’t wear it on my head as a ball… but i would use for driving Uber or Lyft!!!

Or a selfie stick in a high foot traffic area with your family and the least yechnological and most uncoordinated “Uncle or Aunt” takes 7 agonizing minutes to unsuccessfully take a photo of anything except what appears to be a very out of gocus pigeon… head. Just the head. I dare someone to try and take a family photo on the subway… then add selfie stick. A selfie stick is really just a product that we buy our girlfriends because we figured out a loophole to the dreaded command that “sounds like” a request; “hey go ask a complete stranger to take our photo” with the one device that has access to my personal info and gov. Documents like birth cert. S.s.n. i.d. etc while its unlocked too… and she uses the same pasword for every site and wrote it on a sticker stuck on the phone… enough personal info for identity theft and a multitude of different apps that can withdraw all your money and even alter your insurance policies and your will… since everything is backed up digitally now… you handed you balls ovaries or anything that is connected to your body that you wiuld be bummed out to lose, just to not offend here.

and im not even auto spell correcting

Heh. The camera itself honestly reminds me of something used in a comic, “Rework the Dead” (HEAVILY NSFW, don’t google that.) that was used in battle as a low level recon satellite. A ball with cameras in all directions, thrown into the air for a moment, takes pictures with all the cameras, and sends them to a computer to view a panorama.

I like the selfie-Dalek, though, that’d be even funnier. Plunger in one hand, rolling along yelling “DOC-U-MEN-TATE!”