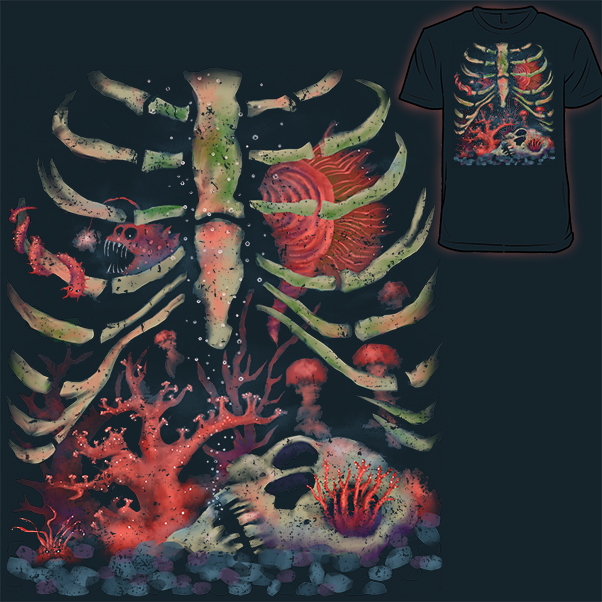 This is awesome. Would even make a good Halloween costume!

Love the colors and concept.

I hate that this is not in the fog, and few designs that are 100 times worse are.

Thanks! I appreciate the comment. However, there are a lot of strong designs in the derby, so I do not begrudge anyone else their spot in the fog. Ultimately, the wooters will vote on the shirts that they like.

That may have been true in the past couple of derbies where there appears to have been some nonsense going on with the voting. However, in my opinion, all of the shirts in the fog this week appear to be legit and are solid designs.

I don’t know, maybe I don’t get the joke because my english is bad, but if there is no joke in the design and the art is done badly and in the same time you see the design like this one not in the fog there is something wrong.