I’ve had a 1080p BenQ projector for almost a year now, and I like it a lot. At this price range, you’re going to need a fairly dark room for a good picture. I have terrible curtains, and while a movie is watchable before sunset, it’s not the best experience, once the sun is down though, it’s simply amazing.

Check out this review over at TrustedReviews.com and a couple of solid reviews (4 out of 5 eggs) over at newegg.com

I second that!
After owning 2 BenQ’s that lasted no more than two years each - I’m giving Optoma a chance. So far - I too am impressed!

More info and reviews over at avforums.com

link to Optoma HD141X over at buydig.com

I think I have to agree with the folks questioning value. B&H has it priced at $530, which even might be less for folks since they don’t charge shipping and depending on location, there’d be no tax. 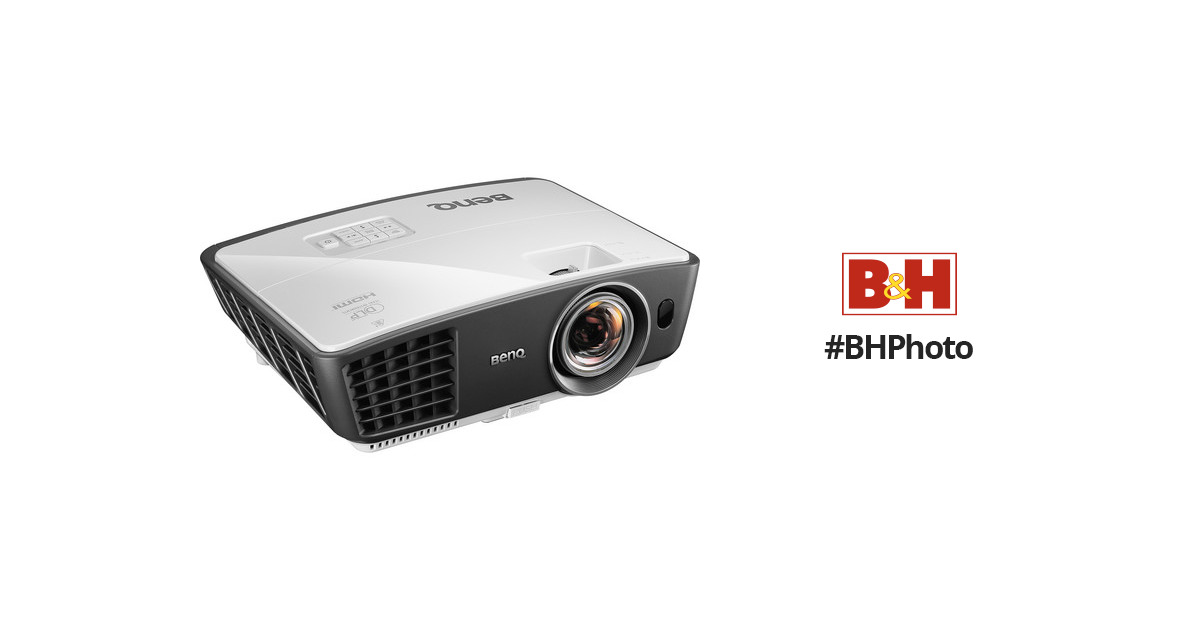 Share your favorite item & enter to win one of four $1000 B&H Gift Cards. Come back every day thru 12/31 for another chance to win!

I’ve noticed no one has brought this up yet. This projector is short throw, which means you can have it much closer to the projector screen without sacrificing the projected image size. It definitely adds to the value.

You have to remember that this is a short throw projector, so if you don’t have (or don’t want to use) a long distance from projector to screen, this has distinct advantages over an optoma projector. You can research screen size at particular distances here: http://www.projectorcentral.com/BenQ-W770ST-projection-calculator-pro.htm
you can get a 10’ wide images from this at about 7’ away, vs the optoma is probably closer to the 131xe which would require a 15’ distance projector to screen to get the same size image.

Just FYI, every piece of BenQ equipment I have ever known died a month or two after the warranty expired. Without exception. They are on my “Do Not Buy” list. Optoma all the way! And there are often good deals on those in the same price range right here on Woot.

I second that!
After owning 2 BenQ’s that lasted no more than two years each - I’m giving Optoma a chance. So far - I too am impressed!

I’ve had a 1080p BenQ projector for almost a year now, and I like it a lot. At this price range, you’re going to need a fairly dark room for a good picture. I have terrible curtains, and while a movie is watchable before sunset, it’s not the best experience, once the sun is down though, it’s simply amazing.

Agreed. I’ve had a BenQ (from Woot) for the past 1.5 years, and it works great. Fortunately, I have very thick drapes in the projector room.

Can I ask where you bought it at? I just checked amazon and it is $650 there.

Oh, nice. I actually have this exact model bought new from Amazon earlier this year.

I’m already halfway through my lamp life, if that gives you any idea of how much I use it (and the lamp life is not short!)

Here’s a pic I took for the Amazon product page a while back to show those the quality of a 720p projector, as I was a bit unsure what it would look like before purchasing. Ignore the fact that I hadn’t yet lined it up with the ceiling, as this is probably only 10 minutes after taking it out of the box: Also, the 3D is FANTASTIC. I watched Frozen on it a while back, and it was the best 3D I’ve ever seen not in a theater. (Far better than my passive 3D TV.)

*EDIT: Here it is after I had it lined up, but the Veronica Mars title screen probably isn’t the best measure of quality: A bit more information while I’m at it: The lamp is pretty great. I can still see the full image even with a light on in the room, but it may be a bit difficult to see really dark scenes. No issues with dark scenes in a room that has all light blocked off.

The colors are great. Some are better than others (I’ve noticed blues seem to be REALLY vivid, while others aren’t quite as much), but no complaints overall.

The speakers are pretty terrible, but I think is expected with any projector. I’d recommend either headphones (GREAT if you’re watching alone) or some kind of speaker or soundbar system.

This thing is pretty great for games, but be aware that the refresh rate won’t be quite what you expected, especially if you’re comparing it to a 120Hz TV or something. GTA V was pretty easy to play, but some of the music games I play (Pop’N Music, IIDX) had noticeable lag as well as a noticeably lower framerate.

This really is my favorite purchase I’ve made in at least 2-3 years. I spend more time using this thing than I do on my 55" LG TV I bought a few years prior.

Would you consider this usable outside? Is there a better option in tHis size range for outdoor use? My wife wants a projector to use in the yard for summer nights. I was thinking of this for a Christmas gift…thanks