Note: This post contains pricing information for future reference because it is generally not available elsewhere once the next Woot has been offered.

Born in the UUUUSSSSAAAA!!! I was.

It must be BOSS day today.

“JUICE SPRINGSTEEN! Turn that everyman into a BEVERYMAN! Bevery stands for BEVERAGE!” 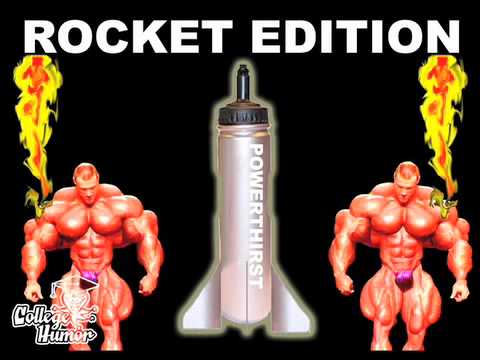 Does anyone know the quality of the music videos in the box set?

i can’t remember the last time i played any of my Springsteen.

i can’t even remember why i bought it in the first place.

was it the hype? i dunno.

The DVDs get very good reviews but who knows if they are just fanboys or they actually rock.

Not sure it’s such a good price, but I suppose if you like him it may be ok for you. I, myself don’t care for him…

I dunno, I recall the Live 75-85 box set going for more than this 20 years ago, but maybe I’m having a brainfart. Seems like a decent deal to me.

This is the real thing. Tracks is worth it just for Thundercrack and The Wish. The Live collection is great.

Maybe not the ultimate Bruce (try the restored video of Passiac, 9/19/78), but as close as you can get with stuff from a record company.

As you might guess, I have all of these already, but I will probably spring for another set. Ah, what the heck - replace my o9ld CDs of the Live set and give away Tracks to some deserving newbie.

Music? That you pay for? I don’t get it.

Because right now, I really want to hear songs about unions and American cars…

Check out this cover band!

This collection is fairly pricey, but still it’s tempting.

Wow; the Boss on Woot. This is a brutal recession.

From the product description:
“Seriously, what weird spell did you weave over this world that everyone loves you so? You’ve got critical acclaim and popular appeal! Nobody gets both! You’re beloved by both the eggheads and the meatheads! The smarty-pantses and the oft-pantsless!”

REAL Bruce fans know that he attained fame after his POS car broke down in the Jersey swamps and he was granted a wish from an old gypsy lady. Haven’t you guys ever heard a concert (or bootleg) cut of ‘Growin Up’, fer christ’s sake…

Music? That you pay for? I don’t get it.

It’s not a hard concept to grasp:

used to like the Boss, he actually had some talent and a good band, even if the music was morose. lately, given his overbearing politics, I can’t stand the sight of him. still like human touch, tho…
“shut up and sing” couldn’t be more apt than with springsteen. those who are bashing him here are turned away by his politics. why do these lucky bastards do that to their careers?