Supernova! The deaths of ancient stars gave birth to new elements through nuclear fusion, and those elements in turn became the building blocks of our planet and all life upon it.
As Carl Sagan said, we are all “Star stuff”.

See a BIG VERSION here. This is 3 inks on an asphalt shirt.

Thanks for looking, please vote if you like this design!
—Spiritgreen

Loose interpretation, loose illustration. I was feeling very ‘loose’ when doing this, as you can tell. I’m not even sure if it’ll fly, since it’s very…abstractly astronomical, but I can try. And rhyme, apparently. I guess I was sort of thinking about what would happen if you applied the old ‘tortoise and hare’ story to something like… you know, making the universe…galaxy…world, with the hare rushing to make as many as he could and the tortoise carefully crafting just a few. Like earth or something. Is your heart warm and fuzzy yet?

It’s not all stargazing, Formulas Matter.

Thanks for checking out it out. Please vote.

Little Big Universe. And stars and whatnot.

A revisit of an older design, now with more chewy planet bits. Rearranged and less messy than the older version. Hopefully the woot gods will find it acceptable :P.

Well! I wanted to make something like a sequel to family portrait (not so soon…but the derby theme is too appealing…), so I kept the spirit of that previous design. It’s a pity that the image is so small, you can’t see the different situations…that’s why here you have a detailed view of each one! Hope you like it!

Re: [The Ramen Constellation

A constellation for that all time favorite comfort food-Ramen:-)
A slight reworking of an old design of mine.

It’ll knock the dinosaurs out of you.

Re: [The n-Body Problem

The design is simple to highlight the elegance of the mathematics.

Great concept! Really fun idea. Just wish it was on black…I think it would make the yellow pop a lot more…

I’ve always been fascinated by the array of Canada–France–Hawaii telescopes located near the summit of Mauna Kea mountain, on Hawaii’s Big Island.

I challenge myself to design space on a light colored shirt. Hope you like it. 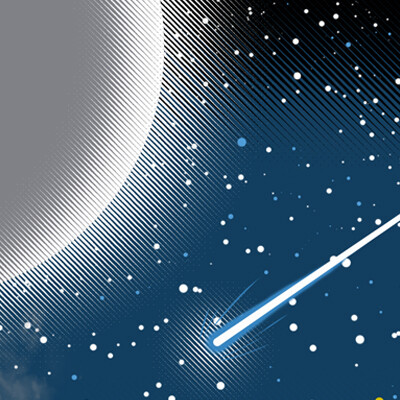 Re: [across the mocha way

I love this!! Beautiful

One of the concepts to come out of General Relativity was the idea that the warping of space time due to massive stellar objects could bend light. This came to be known as Gravitational Lensing, and is a useful tool for discovering black holes and other massive objects.

Re: [Off to be a shooting star!

This meteoroid has big dreams.