Re: [The Blue Pill

Morpheus: This is your last chance. After this, there is no turning back. You take the blue pill - the story ends, you wake up in your bed and believe whatever you want to believe. You take the red pill - you stay in Wonderland and I show you how deep the rabbit-hole goes.

I submitted this on two shirt colors, (dangerous game, I know

Please vote for the one you like more, and i’ll remove the one with the least votes.

Thanks a bunch for mjc and littlejetties for the title - and the others who suggested ones as well. They are strictly communist revolutionaries because of the style - they are more easily recognizable this way - than it would’ve been if i had stuck someone from the 1700’s in there. I hope you like, I tried to enforce the “join” part of join the revolution with the open seat, not sure how well I got that across though. Thanks for your votes and comments. {from left to right: Che, Marx, Lenin, Mao, Kim il Sung / Kim Jong il <-- since they look similar}

Kramer: Ha ha, the Ukraine. Do you know what the Ukraine is? It’s a sitting
duck. A road apple, Newman. The Ukraine is weak. It’s feeble. I think it’s
time to put the hurt on the Ukraine.
Ukrainian: I come from Ukraine. You not say Ukraine weak.
Kramer: Yeah, well we’re playing a game here, pal.
Ukrainian: Ukraine is game to you?! Howbout I take your little board and smash
it!!

Re: [The Cake Revolution

This is a shirt that is about cakes revolting against humanity. It is done in a style of typical propaganda poster which is commonly used by or about revolutionaries. It is also a parody on Marie Antionette aledgedly saying “Let them eat cake” when she was approached about the peasents starving, which ultimately led to the French Revolution and to her beheading at the peak of it.

Squared up full since comp is askew: One of the most iconic symbols of the “revolutionary” today is the Che Guevara photograph (which is in the public domain). This is a parody of that photograph connecting this revolutionary with an aristocrat on the wrong side of a revolution, Marie Antionette. It is meant to have deep meaning about the duality of man and the struggles of individuals on both sides of the revolutions. It is also meant to make you laugh. Mostly the laugh part.

Re: [Henry the Fourths

I’ll be taking a break from the forums for a while. I’ll still be checking my PM’s though.

Re: [The Cake Revolution

I love the absurdity of this one. it’s very BATS!

Re: [Nightmare on Wall Street

A pun on the movie title ‘Nightmare on Elm Street’.

Re: [The Liberty Tree

This is my take on the Liberty Tree.

“for wherever violence is used, and injury done, though by hands appointed to administer justice, it is still violence and injury, however coloured with the name, pretences, or forms of law…war is made upon the sufferers, who having no appeal on earth to right them, they are left to the only remedy in such cases, an appeal to heaven.”
The flag recently made an appearance on the HBO original series John Adams, It can be seen briefly during the Intro and is seen being carried by the Sons of Liberty in the first episode. To me this symbolizes Revolution more than anything else i could think of, and I’ve always wanted a t-shirt of this lesser known patriotic symbol. 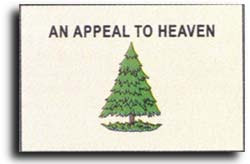 Re: [Ulli doesn’t care about anything. He’s a Nihilist.

Just wanted to get something submitted at the start. A Nod to one of the best comedies ever. Hopefully I can get my other design done before the weekend is over.
Thanks for looking.

To complete the trilogy of entries based on Marie Antoinette’s “Let them eat cake”, I give you The French Revolution from the cake’s point of view. If only the cakes in our lives were given more room to express their points of view, things like The Cake Revolution might not have to happen. This is meant to be a parody of another tshirt, and permission was given by the other artist for the entry.

A play on word “revolutions” (as in RPM). And the people running up the the phonograph are “joining the revolutions”. Also a bit of a metaphor for the cyclical nature of historical events. And, uh…yeah.

This is way better than dogs playing poker.

Any shirt that references Risk has gmv. But this one is exceptionally well done. Nice.

Re: [When Pets Unite

A (hypothetical) pet revolution is in the making.

They may be fuzzy and cute, but our pets demand obedience. We’ve got to feed them, walk them, play with them. And if we start acting like masters and overlords, it won’t be long before the pets revolt. Hammy will break out his golden hamster ball of doom (covered in spikes like a morning star!) and run you down. And you don’t even want to know what the budgies have planned…

Note that there is pun here - the hamster ball revolves.

Everyone thought that the Earth was the center of the universe, until a few revolutionaries thought to look at the world in a different way. Nicolaus Copernicus was one of these revolutionaries. In the Copernican model, the sun was the center of the universe; at the farthest reaches was a background of stars. Ok, so we know this is wrong too, but it was a step in the right direction!

This design commemorates Copernicus’ contribution to the scientific revolution through the use of a pun. =)

Re: [Rebellious Rats vs Cantankerous Cat

no gradients were harmed or used in this design.

big version so you can see all the expressions

Re: [Join the Creative Revolution

This is a revolution for fresh ideas!