What is the voltage?

I bought this same model during the Woot December 2013 sale as well as the HooverWindrunnel T- Series on Amazon. Here is my reaction after the first three months of nearly daily use. My Dyson refurb was missing the plastic cap at the top of the wand, which becomes a bit problematic when put into the upright position. The ball is a bit wobbly as well. And sometimes it doesn’t pick up big stuff on the first pass. But overall,I rate it highly, especially at this reduced price. My border collie sheds, and this machine does an amazing job at picking up dog hair. It is equally amazing at picking up dust. I don’t know how I existed before, as I am always emptying big wads of fur and dust. You do need to learn how to put it in the upright position, and the hose isn’t very flexible. But the supplied tools do an amazing job vacuuming underneath furniture and the electronics. This DOESN’T come with the hard floor tool or the tangle free turbine, which is useful for dog hair on furniture, They can be bought separately on Amazon. It folds away neatly, and despite some peoples’fears, the plastic is sturdy, but not rigid or stiff. I will soon need to clean the inside filers, which is done every 3 months. I don’t understand why Consumer Reports rates it so poorly, except for the extraordinarily high price. The Hoover that I bought for my Mom last year receives the second highest CR rating, possibly for its price, its performance, and convenience…especially its nifty electric cord storage solution. It is a simpler model, and one is unable to turn off the rug beater. I would pay the extra for the Dyson refurb, because of its maneuverability, strong suction in the tools, and the convenience of storage. Obviously the Dyson also looks cool, which adds to the fun factor.

I keep wondering how Dyson can have so many units that become refurbs! I’m not being snarky here.

Ok, we’re gonna change things up a bit. Besides giving your review, what’s the oddest thing your Dyson has sucked up.

I was vacuuming out the inside of a drawer and carefully moved the contents to one side. That Chapstick got sucked in all the way from the other side before I knew it.

Another time, I was sucking the dust off a Swiffer duster that was firmly attached to the handle one minute and inside my DC7 the next.

Ok, we’re gonna change things up a bit. Besides giving your review, what’s the oddest thing your Dyson has sucked up.

For the record, a Dyson DC24 will lose suction, if you use it to clean your fireplace ash or to suck up drywall dust on a construction site.

For the record, a Dyson DC24 will lose suction, if you use it to clean your fireplace ash or to suck up drywall dust on a construction site.

Sorry… Dyson noob here looking to buy my first. I know this isn’t the “Animal” version that comes with the extra bits… could someone tell me what those extra bits are that I am missing out on if I buy this “non-Animal” version? And someone mentioned being able to buy these extra bits on Amazon… could someone link to those items on Amazon for me? I’m just interested to know what I’m -not- getting to see if its something I would even want/need. Are there any other features of the “Animal” package or is it really just the extra attachments?

FYI - I don’t have a shedding animal in my house, which I’m guessing is what the extra bits in the “Animal” package are good for.

FYI - I don’t have a shedding animal in my house, which I’m guessing is what the extra bits in the “Animal” package are good for.

The Animal versions come with a handheld Turbine Tool - brushes that move. The newest version is this Tangle Free Turbine Tool. I have the older version that includes tangles.

I got this very same one from woot a couple years ago (reconditioned/refub) and have been pleased with it. I have a dog and two cats and it does better than most vacuums we had. The only minor draw back is the round head is heavy and isn’t as maneuverable as one would think. Filters are easy to access and clean. Overall we’d buy another one/recommend.

The Animal versions come with a handheld Turbine Tool - brushes that move. The newest version is this Tangle Free Turbine Tool. I have the older version that includes tangles.

Thank you TT. I don’t feel like I’m missing out on much then, and it looks like the turbine tool is readily available if I decide I absolutely need it in the future.

BABYMETAL – none of the three play an instrument, none of them even heard of metal as a music style before their induction into the band by the show biz corporation that owns their contracts.

No matter how cute the faces.

Spare us your hipster ironic appreciation!

And today’s woots are the saddest assortment I’ve ever seen across all categories. Not the slightest buy impulse from any one of 'em!!!

Complete piece of crap! <- not the good stuff like in the Bag 'O Crap.

The brush bar quit rotating (something with the rotating button) after a couple of months. We had to take it to a local shop to get it fixed.

The suction is still good, but the quality of the materials is very shoddy. The handles feel like they could break any day, the mechanism to keep the vacuum upright during storage is about to go, and the brush rotation is starting to mess up again.

It’s definitely not worth paying a few hundred bucks when the $75 one at Wal-Mart is going to do the same thing.

I love it. It is a great vacuum cleaner. 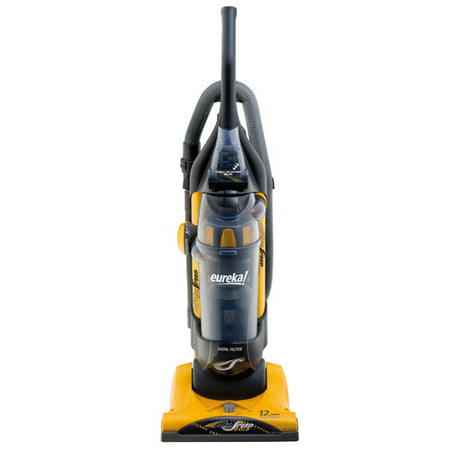 I lot of people compare it to the dysons and say its just as good. And its $89…

I have one and had it for a long time. I find it to be a great vacuum overall. Nitpicks: the plastic is a little flimsy-flexy, so when you turn the handle to shift direction, you can feel the whole thing flex on you and then it turns, and same with carrying it, etc. Nothing has broken yet though, and it has been years. Strangest thing sucked up, was a plastic “noodle” from an “oodles of noodles” kid game

I really like the refurbished Dyson ball Vac I got from Woot about 2 years ago. Picks up pet hair like you wouldn’t believe. Nice long cord reaches into different rooms easily. Never had a problem with it. Zoom zoom.