Love this! It’s purrfect as my kitties are terrified of the vaccuum! Instabuy!

Would love it except that ALL cat hair shows up on a black t-shirt. Even from black cats, which is entirely unfair!

Surprise! It’s not a Dyson.

God, I wish I could get my hands on Nathan’s “Dark Knight” shirt. Can’t find it anywhere.

I’m kinda surprised that he hasn’t lost any getting to the final boss, but then again, maybe he won some

Nice expression on the cat; there must still be the silence before the monster rears back + roars : )

Awesome design, dunno if i will buy. I would love to see one with a dog and a vaccum cleaner, but instead its like a pokemon battle stance and the dog has 1 move and its bark. and it has infinite pp 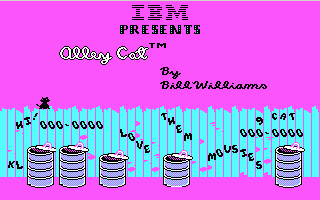 And it makes the boss that much easier.

On one hand this is sad because my cat disappeared last week, on the other hand this is hilarious because it is so dang true.

Nice. Cat lovers everywhere will be going nuts for this!

Oh wow… CGA graphics. Those were the days. Remember when the first EGA games came out and the boxes all advertised “now in 16 colors!”?

And then a couple of years later when VGA came out and now we had a rainbow of 256 colors?

Pop a 718 in front of it and its the number to Long Island City Sushi house. Seems about right…
What else after a long battle?

I really don’t even care for black tee shirts - but I had to get this! My grey kitty is terrified of our vacuum and this is a fine way to mock her.