And your data is safe for 60 days!! Ouch, that is a short warranty!

Some good reviews (3 out of 5 eggs) over at newegg.com

I have not owned one recently, but I have had a few Deskstars over the years and they have all performed well…I would buy these if I were currently in the market for HDD’s…

I wonder why they have so many of these refurbished? Probably because they die easily.

And your data is safe for 60 days!! Ouch, that is a short warranty!

Your purchase is safe for 60 days. Your data, not so much. Woot lists a 1 in 10 failure rate on reads on the drive. This is most likely because the monkeys who wrote the specs failed at making a superscript. But maybe the drive is just so bad that 10% of the reads result in errors.

A newer generation Hitachi with twice the cache and a 3 year warranty is available (new) elsewhere for $40 more, with free shipping. Passssssssssss.

A newer generation Hitachi with twice the cache and a 3 year warranty is available (new) elsewhere for $40 more, with free shipping. Passssssssssss. 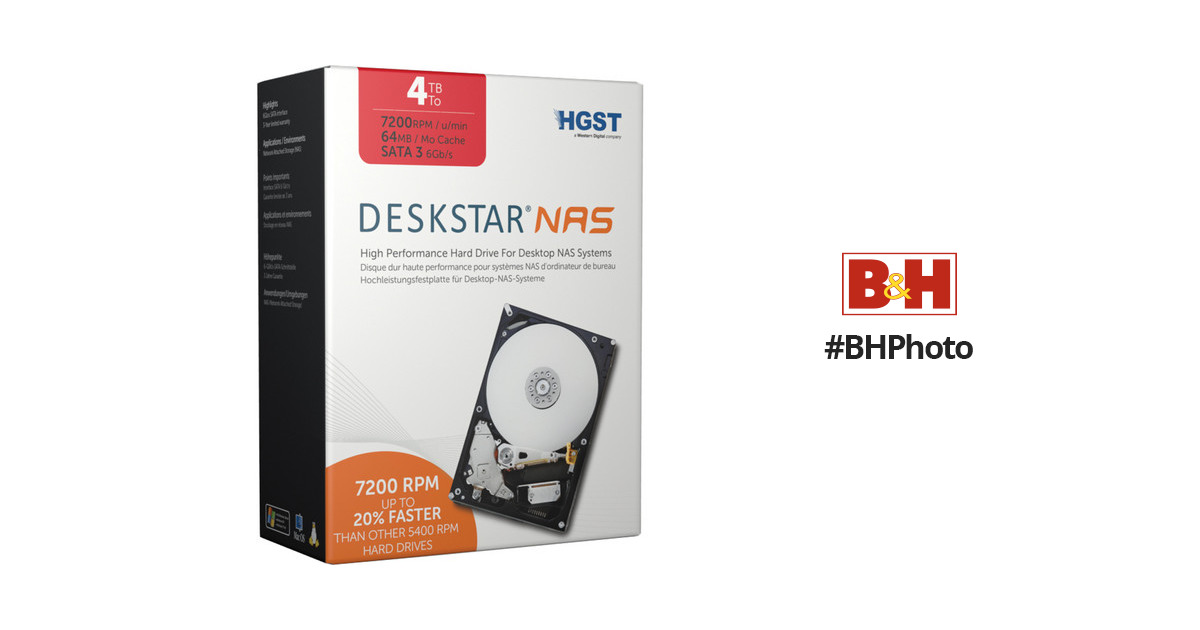 4TB is good, not knowing drive RPM is bad. Having to figure out that this is a 3.5" drive is bad too.

Having said all that, if you’re a laptopper, putting this thing in an external caddy probably isn’t the worst idea you’ll ever have.

6TB drives are out for Enterprise customers. It’ll come down to consumer level before long and finally end the price/GB stagnation of hard drive storage.

Some good reviews (3 out of 5 eggs) over at newegg.com

A bunch of bad reviews over at newegg also. This was the first generation of 4TB drives, questionable life-span on them

A bunch of bad reviews over at newegg also. This was the first generation of 4TB drives, questionable life-span on them

Should we have more confidence in the more recent generations that are even less tested? I mean, look at the music they listen to, for instance. Geez.

Folks, Woot shipped 3 of these to me & they were received a few Saturdays ago with virtually no packing and in a large box to rattle around in like a tumbler. I was shocked until I remembered…oh yeah, it’s woot, not amazon et al, & Woot doesn’t care - what were you thinking. Then I put them on a shelf to deal with later given at that point a lack of time (the other problems is that unlike with Amazon or others you have no idea when you’ll get something and it may be later window than the time you had to mess with it).

Anyway I probably should have just rejected the lot upon seeing that crap packing job and may still (the clock is ticking). Am considering plan-B of mounting them in a stand alone array tomorrow and run diags on them for days on end to see what the yield is. I’m not psyched to find hard evidence of how stupid it was that I bought these from Woot specifically.

I’m an engineer who ships products & prototypes to customers - I can’t imagine ever ****ing on one of my customers with these kind of lazy careless packing jobs.

Anyway if Woot doesn’t care about packing things to a reasonable degree & showing respect for their customer’s time & money, and I’m reminded they repeatedly don’t with things like this, why even consider going for these? It’s not like you can give shipping (packing) instructions to them or get reassurances so just assume they’ll arrive tumbled in too big of an empty and or crushed box - I took pictures of mine.

Or better yet give your business to someone who gives an ounce of care and a few ounces of bubble-wrap/packing-paper and who answers phones rather than often taking many days to respond. With woot it’s luck of the draw on how your stuff gets packed or if the right thing arrives or it’s quality.

Hope that helps someone who’s on a less forgiving budget of time or $.
BW

Check out some Previous Sale Comments

I am lead tech for an IT department in a major university. We purchased a large group of computers for one of our Faculty/Staff upgrades that had a pair of Deskstars in each computer configured for RAID1.

Within two years the number of disc failures was so large we started calling them “Deathstars”. We have stopped buying Hitachi hard drives all together.

No way in Hell I’d ever, EVER purchase drives that had been “reconditioned”. Spinning rust is a crapshoot even when new, refurb does not seem like it’d help the odds. Nor would I buy them from a supplier without a known track record for doing an excellent job of packing drives. So, on both counts, this is a deal I’ll skip and encourage others to think carefully.