Is my package lost?

I bought a pair of AirPods the other day.

They were supposed to arrive in my place in Michigan on April 6th. However, it was sent to New Jersey for some reason.

I am still waiting to hear back from support but has this happened to anyone else before? Is it lost? Why is it just chilling in a different state?

Maybe. Boy that would suck, eh? 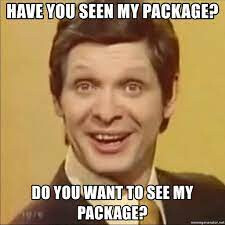 I see it’s in MI as of this morning. HUZZUH!

It seems like the second I posted this the package decided to start moving again! Was seriously scared my package would be stuck in NJ forever.

It’s now in a facility like 20 min away. So close yet so far.