Check out the product page

I have several of these and highly recommend them. The scroll ring is a fantastic feature.

I’ve got to say… this is my absolute favorite trackball of all time. It’s got a large, solid ball (not a small rubber ball like most) which allows (thanks to inertia) some really fine tuned motions. It’s great for doing image editing and other things that require a steady hand and precise movements. But it’s also easy to make broad, sweeping motions with precise stops (once you get the mouse speed settings calibrated right). It’s also really durable. My first one lasted me nearly a decade and my second one (still in use) has been chugging along about three years now.

It has four buttons, left, right, middle, and one that enters a double click left (I almost never use the last one, but you might find it handy). It has a scroll ring that’s really conveniently placed to avoid a lot of hand motion. This has, by far, caused the least strain of any mouse/trackball/etc. I’ve tried.

That said, it has a few drawbacks. First, the wrist rest is pretty much garbage. I replaced it with a mousepad with a gel wrist support which works much better. Second, the thing needs regular cleaning. Especially if you have oily fingers. It’s really easy to do, but you may find it a little tiresome if you’re used to a laser mouse with no moving parts.

Lastly, it’s not really designed for gaming, so you won’t find a ton of programmable buttons, super fast response time, or other gamer-centric features. If you do a lot of graphic design or something similar, though, this is certainly worth trying out. I’m picking up one today, for when my current one finally dies (hopefully many years from now) and I’m hoping it will last me until USB is no longer a thing and I’m forced to abandon it.

I love these things, and Kensington’s TrackballWorks config software is better and far more comprehensive than the many others I’ve tried. Not only can you assign the buttons to do nearly anything you can think of (and all choices are available on all buttons, unlike others that limit the options on some buttons for some unfathomable reason), it’s also the only config software I’ve seen that supports “chording” (pressing the top two or bottom two buttons together – I suspect this may be a Kensington patent since nobody else offers it), effectively giving you 6 different button commands. I set mine up for left-handed use with a click, right-click, middle-click, click-lock (drag) and close window/tab (Ctrl-W) commands. Another nicety is that the base tracking speed and acceleration factor are independently adjustable, so you can combine fine precision with big jumps just the way you like them. 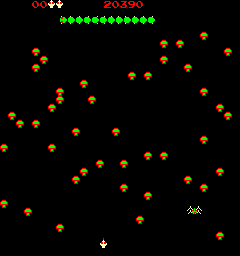 Strongly recommend this trackball. As mentioned previously, it’s a pleasure to use and the programmable buttons really make it stand out compared to other similar options.

That said, I do have some issues with the scroll ring. While it was incredibly smooth on the first few I bought, every one of these I’ve purchased in the past few years has been very rough. You can feel a grating plastic-on-plastic friction as you scroll and it catches from time to time. Have confirmed with a few other users that this is not just a problem with me, although I can’t say for sure if the complaint applies to all newer products or not.

I had the preceding version of this trackball which was white and came with a PS2 interface. That was a LONG time ago, but it was a great trackball. It’s only problem was that it gunked up faster with dust/dirt than any other controller I’ve had and then gave the Microsoft Trackball Explorer a go. That one was the best. No idea why Microsoft stopped selling them.

A decade later after that transition, my old MS trackballs are finally dying (the plastic is so old/worn, it’s cracking) and now Woot has the next best controller available for $39… I’m soo broke from Christmas…

Ah man… You guys still won’t allow the use of Amazon gift cards. That’s what I have. Almost three years have passed since you started accepting Amazon Payments and this still isn’t something we can do. You lost a sale.

I too had to come here and state my love for this mouse. I’ve owned all iterations of this thing. First one was white, 2nd was gray and blue and then the current one with the scroll wheel.

I’ve got two on my desk, one for my work computer and one for home. I paid 100 bucks for my first one and 80 for the 2nd and I’d be tempted to buy this one for backup but they’re bulletproof unlike gen 1 which was really high maintenance.

Fyi there’s no mechanical element on this version, the ball glides on some plastic spacers. Takes a little bit to wear them down to the silky stage.

They do get dirty fairly often but cleaning it is as simple as popping the ball out and blowing air in it.

The scroll wheel can tend to have a scratchy feel to it, you get used to it.

Also, I use my work mouse literally non stop 8 hours a day and have at least 5 years now. If this deal had come up before Christmas my gift list would have been different.

I’m picking this up just for posterity. Not only is this the best trackball out there. I’ve also had outstanding service from kensington in the past, when my kid slammed the ball on the ground and chipped the reflective coating off of the ball. I’ve had 4 logitech mice crap out on me, and never had a single problem with the kensington product with the exception of said incident with my crazy kid.
I have their trackball on my home computer, and their wireless trackball on my laptop, so I can use my laptop anywhere, even on an airplane. I highly recommend their wireless trackball too.

Ah man… You guys still won’t allow the use of Amazon gift cards. That’s what I have. Almost three years have passed since you started accepting Amazon Payments and this still isn’t something we can do. You lost a sale.

Best trackball ever, period. Funny thing is the wireless one totally sucks.

Best pointing device. I bought two when one of the big box electronics places was going out of business and they’re both still going strong. Still might pull the trigger on this to have a backup or two. This is the best price I’ve seen for them.

My only regret: I didn’t get two.

Thanks, woot! This makes up for the jewelry thing