I’d love to own this shirt but due to the new blanks shrinking so much compared to the AA blanks, I wouldn’t be able to wear this shirt after a couple of washes.

That one cup doesn’t have a bag brewing in it…I think it’s a secret sign that Paul the teacup is actually cracked and broken!

Uh… Oh, that’s what it means… They forgot the city… etc.

Not my cup of tea…

The third tea cup is bare-tea-bagged.

The tea bag labels remind me of the price tag on Minnie Pearl’s hat.

Yay! Happiness is a warm Mug!

Happiness is a Warm Cup

cute + clever…enjoyed the song titles, even if the syllable count match wasn’t a goal.

Just in case there are people out there who need the visual reminder of what the shirt is based off: 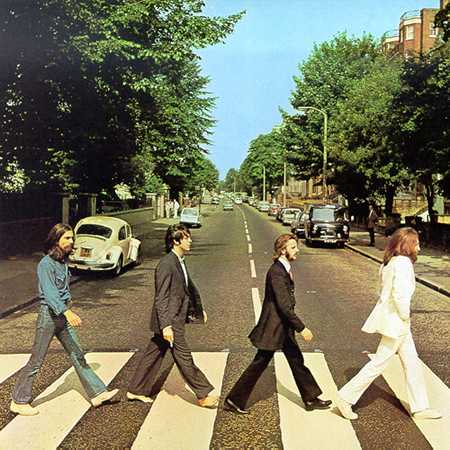 The design is cute even though I’m not exactly a Beatles fan. ducks to avoid thrown objects

Hehehe, “Teatles” That just struck me as a funny sound.

Yeh, Yeh Yeh, like I could forget that! Looks like the VW has been turned into a teapot.

I love the little tea-pot-bug in the background: nice touch!

Congratulations on the print, Wences!

That teapot sure doesn’t look like a white volkswagen beetle.

I just went and looked to see if Woot has finally come to their senses and printed this on a good shirt blank, but unfortunately that is not the case. Sorry Walmazan! I’d love to own it, but I just can’t.

Watch people crossing abbey Road…
Live!
or not… Might be too early for the tourists.

I’m afraid to admit I’m not a Beatles fan… I know!! The outrage, but I do love tea and only Wences could draw something that would make me like the Beatles. I’ve always said he could draw an empty glass it would be cute!