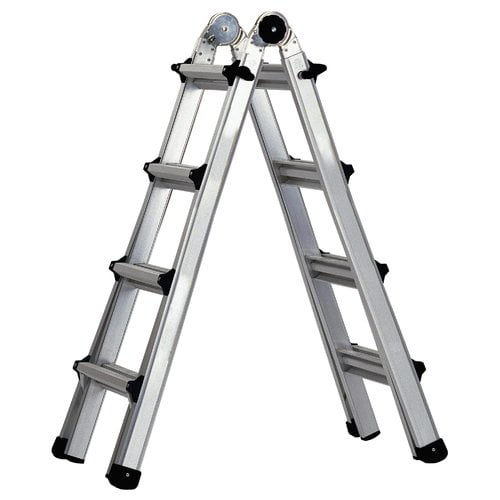 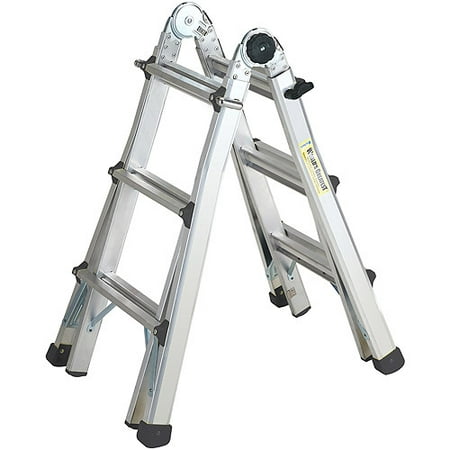 The Most Versatile Safety Ladder System In The World

Though I can’t seem to see this model anywhere…

I’ve been looking for this paper towel holder for awhile now. Success!

I KNOW! I’m am totally digging that paper towel holder! Probably goes with most decors, don’t ya think?

It is an excellent product, I have a similar one. Although I wish I purchased the longer one.

These are great for a DIY-er, though they are heavier than “regular” ladders. The extra versatility more than makes up for it, however.

If I didn’t have several ladders already, of various sizes (including a 28’ fiberglass extension!), I’d definitely be in for one. As for price comparisons, remember that Little Giant is made in USA. Cosco, Werner, and other brands are made in China.

I was certain that Woot would have this as a link that said “NOT a product video” http://youtu.be/P4bapUgx00c

I will speak to this style of ladder in generic terms because I own a non-Little Giant version. I own the Werner variety which is essentially a less expensive version that weighs quite a bit more.

That said, these types of ladders are great. Mine has replaced my step ladder and my extension ladder. It allows me to use it on steps with no concern over stability, and in a pinch I can haul it around on the INSIDE of my vehicle without having to strap it to the roof.

Plus, it will come apart to make two small step ladders which you can then put a plank across making scaffolding which is useful for painting etc.

If I have any complaints at all, it is the ladder is fairly heavy which makes it slightly less convenient when you want to use it on a second level of a home or when you need to carry it longer distances. I don’t have the wheels on mine though, so perhaps that would help somewhat.

All things considered, I’d buy the same style of ladder again… and mine doesn’t even have a paper towel holder!

But seriously… a paper towel holder? A bungee cord do the same job on any “normal” ladder, so I fail to see the benefit of that rather silly feature.

Different model number. Confused me for a bit too. Check out the video linked on the main page.

Too expensive for a woot item for what it is. The fact is that it can barely carry the weight of one man plus tools and possibly some small items. I would not think this is safe.

seems perfect for peeping toms. got the towels right there lmao

I have a variant and I absolutely love it and I think every homeowner should have one of these ladders. The only thing I don’t like about my ladder is it is so heavy.

What is the weight of the ladder itself?

Cheaper on both qvc and at costco

Cheaper on both qvc and at costco

Not entirely sure where you’re looking on QVC, but I only found one that was close and it’s a 15’ ladder for $170 and the shipping is $24. Not exactly a better deal. 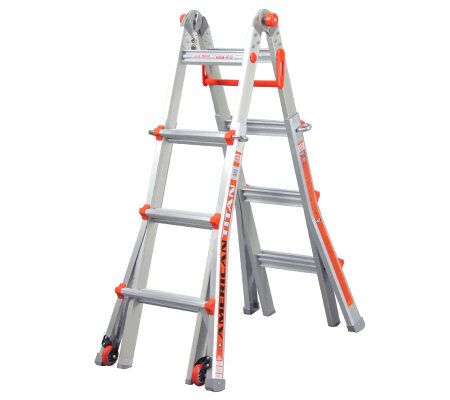 Stores as one ladder, yet acts as multiple ladders. The 15' Little Giant ladder converts into 18 different types of ladders. Page 1 QVC.com

If it was bigger, I’d be in for one. Bigger is better.