I bought one of these for my Sister’s birthday gift last year and she has had a blast with it. It is arguably one of the best consumer point and shoot cameras for the price made to date. The Zoom works great even at 12x you don’t need a tripod to keep the image stable.
Don’t expect DSLR picture quality, but for what it cost and the fact it is pocketable, you can’t go wrong. It sold out by morning last time on woot! or I would have bought one for myself then.

Bought one of these the last time it was available and absolutely love it. I’ve got 3-4 other cameras of the same type lying around because I could never find one that simply took good pictures, but in bright weather, cloudy weather, indoors or outdoors, in arenas or backyards, this camera takes amazing pictures. If anyone I knew was looking for a camera I’d point them here immediately.

my only beef is video format. it will stop at ~8 -10 minutes because it creates 2Gig file at that point. other than that zoom is amazing and features are awesome.

I bought my fiancee one of these off a corporate discount site a while back for the same price. That being said, this IS a good price, and the camera is fantastic for a point and shoot. In particular, I’ve had good luck getting sharp, non-blurred pictures out of this thing. But, at a high school graduation yesterday, it didn’t get very good pictures from across a basketball stadium. But really, that’s probably asking too much from it.

I’ve said it before: I hate my Lumix. Can’t take low-light/indoor shots, bad shutter lag, movies won’t stay in focus, even with stationary objects, etc. Most any other camera would have likely been better.

I have the ZS7, which also has GPS tagging but not sure about an substantial differences besides that. I completely love it, great photos and videos for a point & shoot. I take it backpacking with me and the pictures look amazing.

Great camera I have one. Gotta learn to hold it steady when zoomed out. Fair in low light but I like the challenge. Fast enuf on burst shooting to get lotsa good shots. Video is awesome for a P&S. May be a bit awkward for big hands. You need it!

I bought this one last time it was available. It’s a magnificent camera, especially for discreetly filming concerts. The audio comes through very clearly, as long as you remember that the stereo microphones are on the top of the unit, not on the front like most cameras. I found that I had sadly half-muted most of the show as I held it around the frame. Another good point is that it will take a very nice photo even if you’re not so handy with a camera. Great buy.

did you hear about apple patenting a new technology that prevents you from videotaping/recording at concerts?

I bought this one last time it was available. It’s a magnificent camera, especially for discreetly filming concerts. The audio comes through very clearly, as long as you remember that the stereo microphones are on the top of the unit, not on the front like most cameras. I found that I had sadly half-muted most of the show as I held it around the frame. Another good point is that it will take a very nice photo even if you’re not so handy with a camera. Great buy.

A truly amazing camera. I took the older version of the camera (the DMC-ZS1) with me as an a cheap, innocent camera to China over Christmas break and it became my most valued travel piece after taking some shots in Fujian province and reviewing them later that night. I took a Nikon of similar price with me on a recent trip and I’ve never missed an electronic device so much as I did the ZS1. If you’re looking for a quality P&S, get this.

Here are some samples from China, the quality should be on-par with, if not better than what you see here: 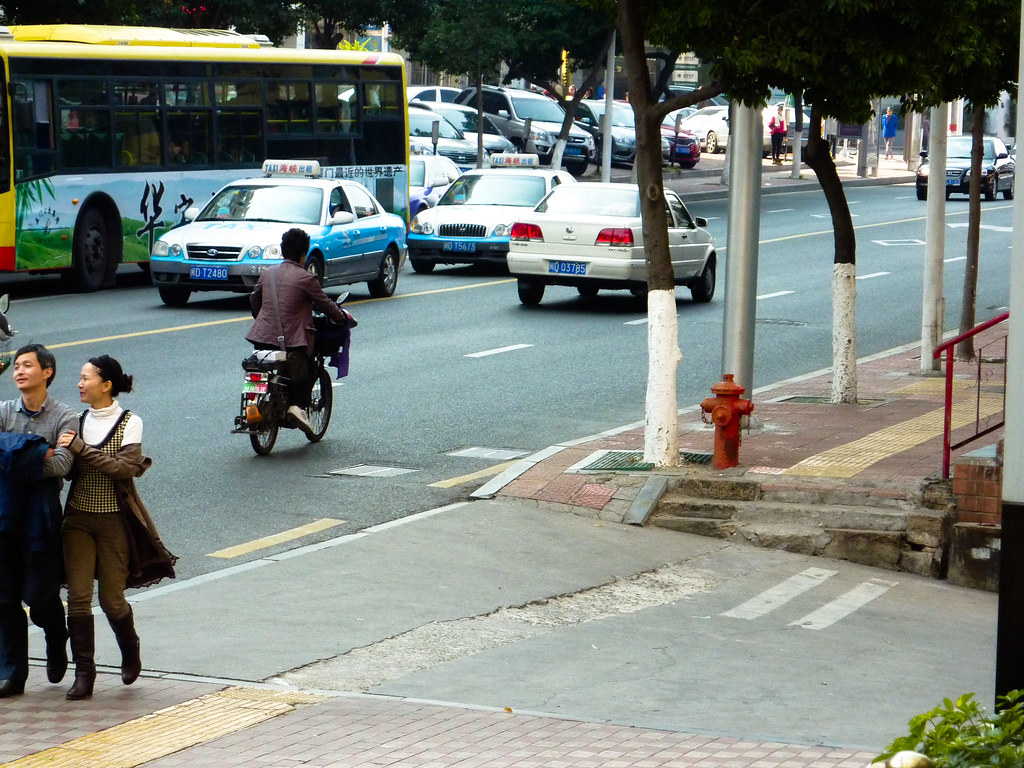 Yes, although it will bulge.

Darn good camera, I bought mine new last year for about $100 more and it’s been worth every penny. Made in Japan too!

I bought this last time WOOT had it to replace an older version that my son had dropped and scratched the lens. It is one of THE BEST point and shoot cameras I have used and I have bought a LOT. Great buy!!! I think I paid close to $300 for the older version. You guys will love it.

I have this camera from a previous Wooting. While the .mov video format is annoying, there is a pretty decent free tool to compress and convert to .avi all at once:

Why would you leave the videos uncompressed anyways? Going to 1600 kbps xvid shrinks them be a factor of 7, and the quality is still great.

Here is a thread at Steve’s Digicam discussing the differences between the previous ZS5, ZS6 (this model) and the newer ZS7 model.

Basically, the ZS6 is a stripped down version of the ZS7 that doesn’t have a GPS and uses a different video codec.

The ZS7 has some features that the ZS6 doesn’t have like the aforementioned GPS, AVCHD Lite codec for video, and several movie and picture preset modes. IMO these features are not worth the extra $200 unless you just have to have the GPS tagging.

I’ll say again, this is a great camera for the price. Its small, easy to use, and takes great pictures in many environments. Easily my favorite bang for the buck point and shoot at the moment. In for one for myself.