What an honor to be chosen! By virtue of dating the golden ticket holder, I was able to swipe his bottle and share it with 4 women. I sent out an email in the morning relaying my troubles: I had to write a report about some free wine. While I felt confident that I could handle this task on my own, I worried that finishing the entire bottle in one sitting would have made the report brief (wine is good – buy some). Everyone was to arrive at 6.

The wine arrived mid-day in perfect condition. Grenache. Not a wine that I’ve had a lot of. Actually, my only recollection was Kent Rasmussen’s 2009 Esoterica grenache rose. That might be nice. To the internets to find suggested pairings! I settled on a selection of salami and crackers to start, followed by a spinach salad with heirloom tomatoes and bacon. Mains were pasta with Italian sausage, peppers, zucchini, mushrooms and onions and a roasted tomato sauce made from the same heirloom tomatoes. I grabbed some brownie bites for dessert.

5:50 – running a bit behind. Pull out Esoterica. Plate salami and cheese.

6:10 – Everyone arrives. Explain that Esoterica is the same grape made in a different style. E. is nervous about the tasting. “I don’t know all the words.”

“It’s okay. You’re not writing the report. You just have to tell me what you think.”

6:45 – Dinner’s ready. Rinse the glasses and open the golden bottle.

I think it’s a bit understated on its fruit. Maybe I should have decanted it.

G. “You know, it reminds me of a vino noble from Italy”

E. “Does it smell smoky to anyone else?”

It’s pleasant, but it needs a bit of time.

We start digging to food and continue catching up.

E. “No, it smells chocolaty. Like a good dark chocolate.”

J. “I think this is a strong cheeky number. Just how I like them – a little spicy and steeped in liquour.”

J. “Who is wearing a fruity perfume.”

The wine is smooth. I don’t have the most sophisticated tongue, but there’s a bit of wood. Some chocolate tones and subtle fruit flavors. It goes really well with the meats and tomatoes. Decanting would improve this, and I hope one of the other Lab Rats had the foresight to do this.

It is, and this wine falls in the medium-body. It won’t smack you over the head like some of the zins. It’s not outshining the meal or the conversation. It’s a supporting but loved member of the cast.

Interrupting a discussion on King George 1, 2, and 3:

G. “Well, not like cloying sweet, but a very pleasant flavor. I think that as this has opened, the wood disappeared leaving chocolate and smoke. There’s a nice savory aftertaste.”

There is. I can’t put my finger on the flavor, but it’s light and enjoyable.

C. “We have to try this with chocolate. I tried a merlot once and the flavors really exploded.”

I didn’t think that this wine was set up for chocolate, and it wasn’t. It’s not bad, but neither flavor was improved.

Our verdict: Delicious. Easy to drink and paired well with meats. I think this will be a great wine as we move into fall with stews and hearty meat dishes. Definitely serve with bacon.

Richard I tried this bottle last night and you were the first person that came to mind. This is a Burgundy lover’s Grenache. Real finesse and fruit purity found with each sip. Lovely wine.

I found out I was a Lab Rat the day before the Grenache was to arrive. I was not going to be home that day so I had to drive to FedEx to pick it up. I opened the package at home and uncorked the bottle of 2009 Pear Valley Grenache. The cork smelled like strawberry. I poured a little into a wine glass and smelled the wine…it smelled like red wine and oak. I tasted the wine. It was so acidic that it burned my mouth and tongue. I let the glass sit for about an hour and a half, sipping along the way and waiting for the acid to recede. It was horrible, too acidic to drink. It was late so I re-corked the bottle, put it in the fridge and decided to try it again Thursday night.

A friend and I made dinner…grilled Portobello mushrooms with cherry tomatoes and Havarti dill cheese; Tagliolini pasta with arugula pesto; antipasto salad of olives, tomatoes, avocado, and mozzarella; and sliced baguettes to dip into olive oil and balsamic vinegar.

We tried the again cool first then at room temperature. It was amazing, considering the way it tasted the evening before. The color was garnet-y (Pantone 202C, to be exact.) The Grenache appeared watery and clear. It smelled of vanilla and plum. The initial taste was soft, watery, and dry. With food this impression changed to soft, creamy and dry. The acid was still present but not as overpowering as the previous night. The middle phase was vanilla, oak (maybe just the suggestion of oak) and kind of earthy. The final phase ended with a short-lived alcohol wave that turned into a light bodied, acidic, fruity taste.

Overall this is a non-complex wine that probably would make great sangria. I am glad that I didn’t toss it the first time I tasted it. It needs a long time to decant. It is more acidic than I like. The alcohol content is high (14.8%) and needs food to temper it. I got a headache both nights I drank it, with and without food. I am glad that I went to get the Grenache the same day it was delivered, as I would not have liked it at all if I had only one night to drink it. That said, I cannot wait for my Gazzi pinot noir!!!

The woot off is over. This was the last offering for the grenache woot off <-Smiling! My work is done here.

After I pack this last rat, I will be done! Hurray! I kept up! sort of! This is a big accomplishment for me :happy:

Woot-off Rats? BRING IT ON, WD!

The woot off is over. This was the last offering for the grenache woot off

It can’t be over, I still have unallocated funding for the final hour…

Pretty extensive write up here that comments on the 09 Grenache, just a touch of Syrah. 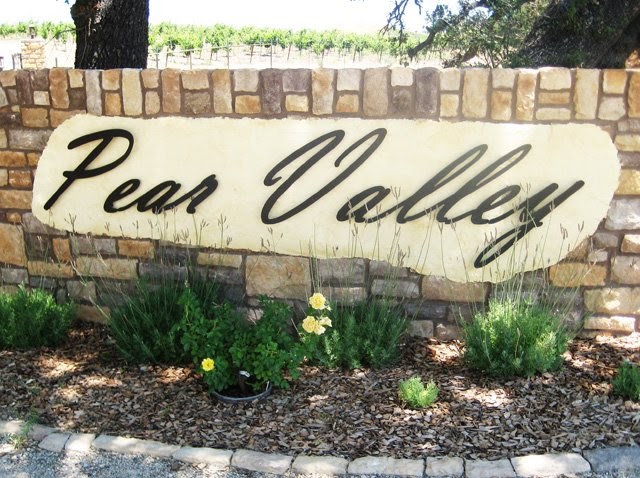 Ron and I met James Hendon, winemaker extraordinaire for Pear Valley Winery (photo credit Pear Valley 2009) , a few weeks ago at my officia...

We continued on to the '09 Grenache which was delightfully fruity. James says that, due to the light color, he will add 2-5% of Syrah to the wine prior to bottling to give it a deeper, more attractive hue.

After I pack this last rat, I will be done! Hurray! I kept up! sort of! This is a big accomplishment for me :happy:

Woot-off Rats? BRING IT ON, WD!

Sadly we do not get a. a special rat emblem, and dont get any quality post recognitions, since a lot of us just had to send stuff to cesare

I cry because tonight we drank the last bottle of the D’Ontspille. I smile because the Gazzi Chard turned out to be quite good, despite reports to the contrary. I laugh because I have a case and a half of Pinot Noir from Scott and Kent on the way, among other treats. I guffaw because it’s the weekend and we can sleep in.

Needless to say, to echo what

<-Smiling! My work is done here.

And you’ve done so wonderfully. You are greatly appreciated.

And you’ve done so wonderfully. You are greatly appreciated.

Indeed, A Big Toast to You!

Richard I tried this bottle last night and you were the first person that came to mind. This is a Burgundy lover’s Grenache. Real finesse and fruit purity found with each sip. Lovely wine.

Thank you… mit entirely Burgundy from the rats
. I’d say more Côtes de Rhône, but the thought was kind!

Thanks guys! It’s nothing. Just trying to help out a little. Started with helping Corrado and then I ended up taking over…