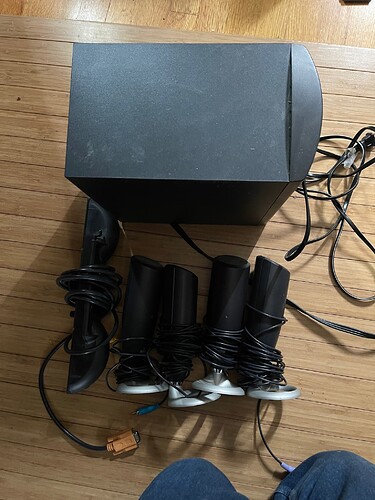 They were $34.99 + shipping in 2005. The second thing I was ever able to buy from Woot. I had wanted them for a while, but it was on the fateful night in February that I was finally fast enough to get them.

This was back in the early days of Woot! Back then there was one item per day and that was it. If it was worth buying it would be sold out quickly. And when it sold out you couldn’t buy anything for the rest of the day. There was nothing worse than waking up and seeing something you wanted sold out. Luckily back then 12 CST was way before my bedtime. So I only had to make sure to remember to check.

Everyone wanted these speakers back then. The mystery brand was maybe there for legal reasons but EVERYONE knew they were from Dell. Those sold out quickly. Too quickly the first few times. But that fateful night in February they were finally mine.

They were good speakers. Maybe great. I don’t have much to compare them to. I’ve moved them across four new computers, three apartments, and two houses. At first just I listened to them, then my wife, then my two kids.

And now, after 17 years they are dead. The volume dial does nothing except turn them on. Violently loud pops whenever they are turned on. It’s finally time to say goodbye.

Thanks for the memories. Hopefully I can find the replacements again on woot. Haven’t seen the mystery brand 5.1s for a while, though.

Those are Dell speakers. How do I know? I had them a LOOOOONG time ago: 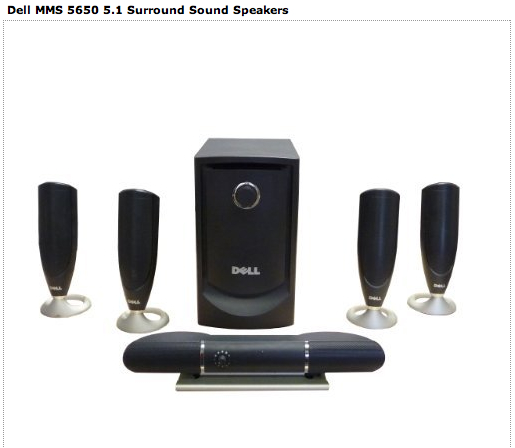 But I should add that no one uses PC speakers anymore. All that noise pollution. Headphones are where it’s at.

I do. I use them every single day. In fact, I use some Logitech 5.1 speakers I bought back in 2005, though not from Woot.

This is so sad. I may have to take the week off to grieve.

Violently loud pops whenever they are turned on.

How good are you working with a soldering iron? I wouldn’t be surprised if it’s some bad capacitors in the amplifier section.

(Note that I am not staff. I just volunteer to help out on the forums.)