Any idea on expiration dates?

Much cheaper on Amazon. What the heck, W00t?

First the wigwam socks, now this!

I’m a bit curious on their claim of “wild rice”, as that looks nothing like it. Wild Rice is REALLY great, I get it whenever I can (when the Reservation opens orders and such). If this was actual wild rice I’d probably have jumped on it. But this doesn’t seem to even have ‘some’ wild rice, just… it’s just brown rice. 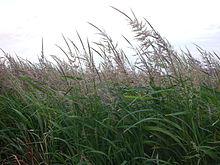 Wild rice, also called manoomin, Canada rice, Indian rice, or water oats, is any of four species of grasses that form the genus Zizania, and the grain that can be harvested from them. The grain was historically gathered and eaten in both North America and China, but eaten less in China, where the plant's stem is used as a vegetable. Wild rice is not directly related to domesticated rice (Oryza sativa and Oryza glaberrima), although they are close cousins, all belonging to the tribe Oryzeae. Wi...

Hey guys. Looks like we botched the pricing on this one. I’ve sent an email to the team.

“the team”… Shrouded in mystery, this cabal of secretive deal hunters remain in power through manipulating consumers insatiable and irrational need to buy stuff they don’t need for ridiculously low prices.