woooo! another first sucker. thanks wootalyzer!

I’ve always felt the blue shell was a way of pulling off a bit of last minute cheating.

If this was available as a pullover sweater I’d be all over it. Alas, Brilliant designs just won’t fit in my already overstuffed woot wardrobe

haha love it! And love the copy for it, too. Rainbow Road reminds me of the N64 days!

I’ve always felt the blue shell was a way of pulling off a bit of last minute cheating.

Just pay attention and brake. Then it will get the guy behind you.

All I can think about is this video http://www.youtube.com/watch?v=8SEfmhcD8pE

I’d need the premium insurance for sure. Falling off the road, any road, is what I do best in these sorts of games.

I’m curious if there’s some secret nerd code in the license plate. I’m not enough of a video game nerd to recognize anything. But now that I’ve noticed the door handle placement, that’s gonna bother me. I am a pretty big engineering nerd…unless that’s what left of the mirror?

Where’s CowboyDann and his explainations?!

Where’s CowboyDann and his explanations?!

Hey, wait a minute, he’s right! Where is Cowboydan to help explain this shirt? Aren’t we overdue for one of his handy-dandy little shirt tutorials? 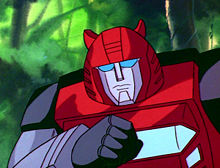 He shall be remembered always.

Hey, wait a minute, he’s right! Where is Cowboydan to help explain this shirt? Aren’t we overdue for one of his handy-dandy little shirt tutorials?

Right, so I haven’t played anything Nintendo in a while, much less Mario Kart… and had to look it up.

But http://mariokart.wikia.com/wiki/Blue_Shell for those also not in the loop. I guess the object caused mass nerd rage, such that the game creators had to make an announcement in defense of the item to keep the game “unpredictable.”

Sadly, I would have gotten this a bit better if we had a super-hero flying off and a piece of building dropped on a car. Different nerd strokes for different nerd folks.

If only the shirt itself alerted you of the incoming shell…

Doing a quick Google search, the license plate is a model of a lamp that hangs over a pool table.