3rd paragraph says “includes a new charging cable” and (no charger included). Which one is correct?

How many years of updates?

If it’s like my S21, it came with a USB C to C cable but not the wall plug. You’d need to use a USB C fast charge plug if you want to do that. This should support both 25W and 45W fast chargers.

Me, I turned off fast charging in my settings as it should make the battery last longer, and used my old USB A to C chargers. They work fine with my situation.

3rd paragraph says “includes a new charging cable” and (no charger included). Which one is correct?

Charging cable (USB) is included. The part that plugs into the wall (charger) is not.

Nope. This one’s screen size is between an S20 and an S20+. Measurements can be found under the dropdowns here: Differences between Galaxy S20 models

The main differences I noticed was the FE has less memory and an inferior camera. But for the price, it sounds like a solid deal. I snagged one for a friend who is hard up with a shite phone, and he needs form over function anyways.

[TT: It has the cable just not the wall adapter (charger). Many companies have stopped including those]

i noticed some ppl saying you should charge with a wireless charger. I should note nether my S20 or my wife’s phone charge with the chargers you sold me because we have cases, which you must buy if you want your phone to last past the first drop.

I received mine about 5-7days earlier than expected which was great. Just unboxing it nothing would tell you it’s refurbished except for the sticker Samsung put on the box. Although the shipping box had regular clear tape and not the brown tape. No cushions either.

The phone was immaculate. No smudges, scratches, or even lint. Phone was 44% batt on arrival. The screen image had no defects. I’m still playing around with it since my last Samsung device was a tablet over a decade ago idk.

Got a Spigen tough case on the way. Probably won’t use the wireless charging because of the case and the magnet mounts I use in the vehicles.

My sim holder is hybrid. One side is sim1 other side is sim2/micro sd 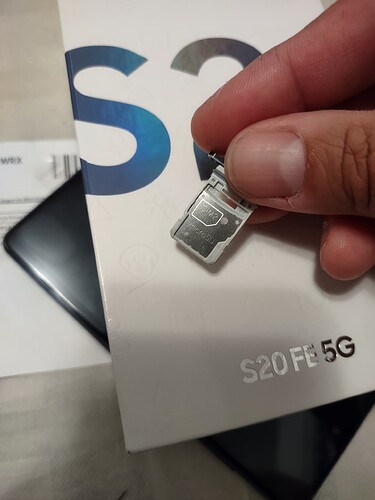 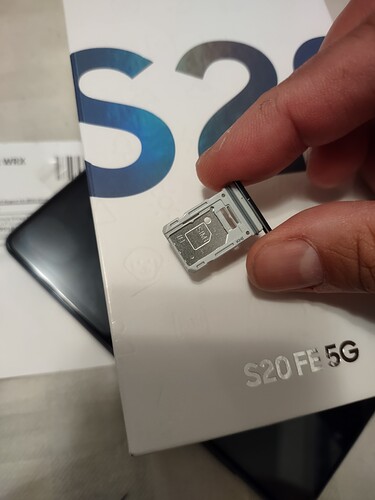 But does it actually work? I read an answer on the amazon listing that said the second sim/sd slot is deactivated for sim cards. Probably dual sim in Europe or something.

Well I just tried it with two T-Mobile Sims then a tmo and a deactivated international sim. And yeah no go on the dual sim capability. No sim manager or options available.

Didn’t even think about the dual sim when I got it but got all hyped since I do use local sims when abroad.

What is most like this model but has smaller size. My present device is 6.2 height and I would like a little smaller screen.
I do drop it often losing my grip as too large.
I have moto G7.
It would stand no chance without a protector.

6GB, which is less than the basic s10 or s20 which have 8, also, no headphone jack. Other than that a decent phone. This still has the sd card.

No, this is mongering. Post-mongering comes later.