I bought one of these the last time they were up and hardwired it, since I wasn’t about to buy the $90 Samsung wireless adapter. I’m not allergic to wires.

I got one of these with my new Samsung TV a year or so ago. It died. Never again.

In the market for a Samsung bluray player but going to have to pass this one up. 2 1/2 stars on Amazon is not enticing at all.

I’ll pass…wifi ready but you need to buy an additional accessory to connect to wifi w/o wires.

This is on Amazon for $10 cheaper with free shipping.

Not many good reviews.

They say you need a wireless adapter - but be careful. You actually have to have a SAMSUNG brand adapter - it’s designed so ONLY a samsung will work.
And they ain’t cheap!

“Ethernet port for a wired connection to your home broadband network, but if you’d like to go wireless you can add a Samsung wireless adapter (sold separately) and enjoy connectivity free of cables”

Probably should look elsewhere unless you have an ethernet cable running to you home theater setup.

Since I have lousy internet at home (mobile broadband is best I can get) I dont use the net features. And since this is going down in the den, if I had to hook it to the wireless I have a wireless bridge down there to connect it. That makes this a no-brainer.

Unless of course the player sucks, in which case oh well…

I bought a blu ray player on Black Friday that was a good deal and was wifi ready. I didn’t realize till I got home and opened it that “wifi ready” means spending more than the price of the player for an adapter. That was a “dang it” moment.

I bought a wi-fi blu-ray last year from geeks for $65… want another one but this one isn’t actually wi-fi and I don’t want to buy an adapter. Shucks.

wi-fi ready != wi-fi enabled, it’s probably just “ready” for you to spend another $50 for the wi-fi thingy

I’ll pass…wifi ready but you need to buy an additional accessory to connect to wifi w/o wires.

Is it possible to connect to wi-fi with wires? 0_o

wi-fi ready != wi-fi enabled, it’s probably just “ready” for you to spend another $50 for the wi-fi thingy

Got something of value to say about today’s Woot? You’d be the first. Somebody, anybody, give us a quality post. We’re dying here.

Got something of value to offer on today’s Woot? You’d be the first. Somebody, anybody, give us a quality product. We’re dying out here!

Walmart new for $64 shipped to store. 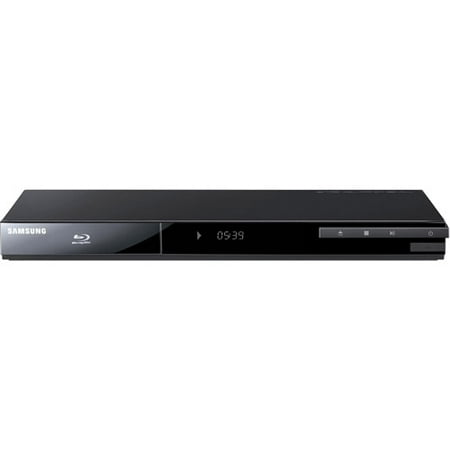 I was thinking about getting this until I saw the reviews on Amazon. Wow, pretty bad.

Is it possible to connect to wi-fi with wires? 0_o