I have the 8" Chef’s knife by Victorinox: it’s excellent! Has kept a very sharp edge since I bought it 5+ years ago, and the nonslip handle is much easier to control than wood handled knives.

I second this. I have the 8" chef and a santoku. They’re the best value in knives.

It’s true! Victorinox is one of the most highly regarded makers of cutlery in the world, and second to none in Swiss cutlery. I have owned many Victorinox knives and have never experienced one breaking on me! I’ve sadly had one or two stolen when I wasn’t keeping a close enough eye, but I have never been dissatisfied with the brand. Apparently, the thief now has a knife that will last a lifetime!

Fun Fact: My very first purchase on Woot was a Victorinox Maverick [Swiss] Watch that I scored for under $200 (MSRP: $695)! 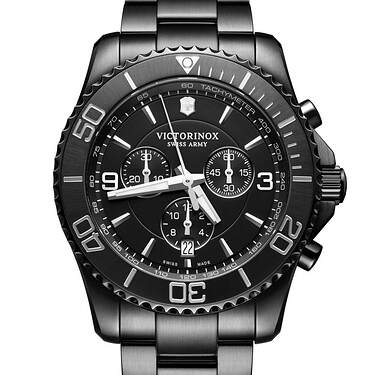 That was 11 months ago and after saving a small fortune on the thing, it’s no wonder that I was subsequently hooked on Woot!

In case you’re wondering, just like their knives, Victorinox watches don’t suck either!