Anyone know for sure if these are actually new as they are priced like the used/refurbs sold by Amazon. Some reviews indicate used as well.

Hi there. These are from Amazon inventory. We requested a bin check at a couple warehouses to confirm the inventory. The reported it as new.

Most of the sales nowadays are on 4+TB drives, with 2TB drives going for around $50 at the cheap end, so $25 for half the storage is reasonable. The picture of the drive doesn’t match what other sites show – a full blue label – so I’m hoping they’re a bit older & so pre-SMR.

2TB drives going for around $50 at the cheap end,

CMR according to this document for the model number being sold by Woot.

Mine arrived earlier today. They came in non-retail brown boxes (so for system builders) and are marked “new” but I haven’t had the chance yet to open them up, plug 'em in and check the SMART stats to see if they appear to be new based on that.

I haven’t heard of them making low-capacity 3.5" drives SMR; I definitely wouldn’t expect it on any drives less than around 6 TB in capacity.

Shingled Magnetic Recording. It’s a method of stuffing more data on the drive platters by overlapping the tracks a little, which has the primary disadvantage of requiring re-writes to shuffle the data around, which can reduce performance in that scenario.

Other than that, the advantages of SMR are higher-capacity drives and lower cost per unit of storage, except the actual drive capacities are mostly in line with non-SMR drives and the lower costs are usually not passed on to the consumer, the manufacturer just pockets the higher margin.

Also, WD’s own site has info on which of their drives are CMR or SMR… I know it says red-nas-drives in the URL, but they list their other drives about halfway down the page. https://blog.westerndigital.com/wd-red-nas-drives/

There’s also a link to a PDF on that page with the info about their drives.

Check diskprices.com to see what’s available in the market.

Dang, nice one… that’s a cool site. I’d never seen it. Thanks!

Mine came today and if they are NEW then they have been in storage for some time because they are both out of warranty. One is OEM and the other looks like it may have been used!

I just talked to support. I’m getting a full refund and can keep the drives.
Definitely won’t be putting any important data on these.
Testing smart status as soon as I hook them up!

Probably why they came with a 90-day Woot warranty.

Well I checked both drives and they both seem new but they must have sat for quite some time. 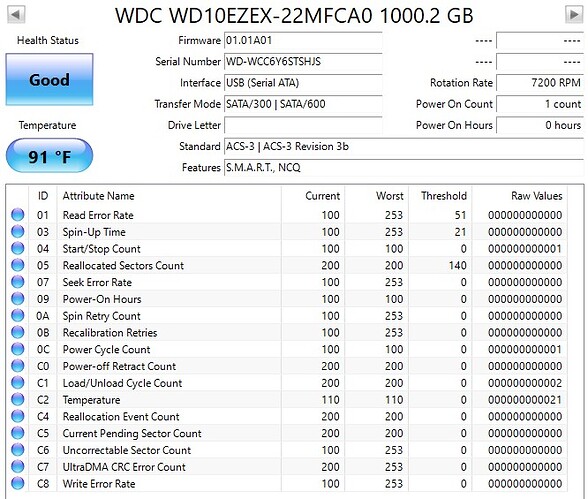 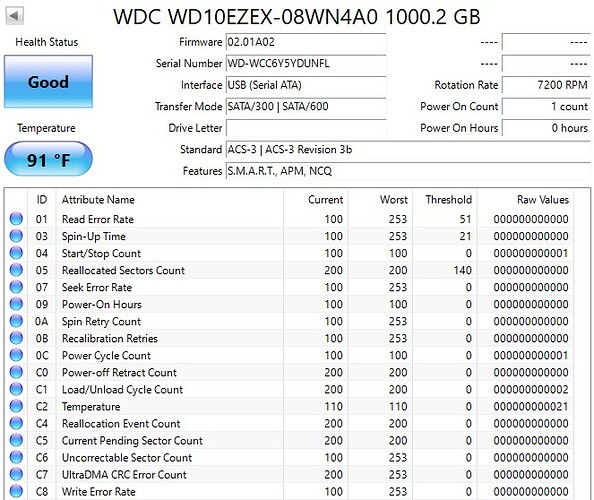 I finally got around to checking out the drives I bought. All were manufactured over 3 years ago, but appeared brand-new, down to the contacts on the SATA/power connectors looking completely shiny and unblemished, as if they’d never been plugged in before. I hooked up each drive in sequence via an external USB enclosure to check them out: all appeared to be unused via the SMART stats, and each passed an extended self-test (which took about 2 hours per drive.) I didn’t go so far as to run more read/write tests (I use HD Sentinel) considering the nature of the drives; I’m satisfied that they appear to be working and are error-free at this point. I checked out the warranty status: all are OEM drives, out of warranty, which is unsurprising and Woot of course only offered a 90-day self-warranty with them. Overall, everything seems fine with these drives, I got what I expected and am satisfied with the transaction.

I for whatever reason got refunded for my order, it never shipped. Terrible service! Very first order from this site and I knew it was fishy off the bat. Now I can’t even reorder because it’s out of stock. You sold me a product, I expect it delivered!