Don’t know. I have only flown one of them.

I can only assume that if you paint your planes entirely in yellow, it’s so the recovery teams can locate them more easily.

One that is falling out of the sky 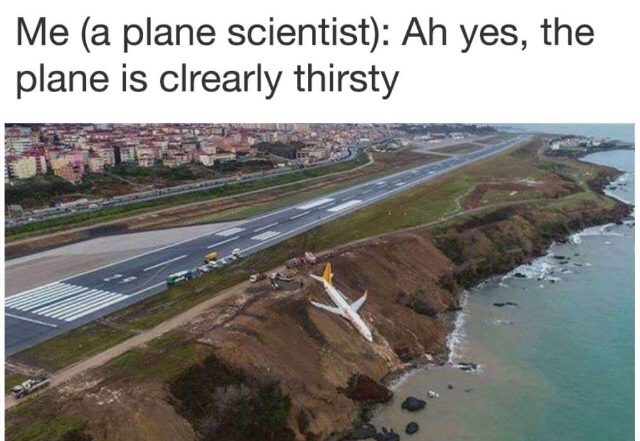 Can I throw in a European airline? RyanAir is the only airline I’ve flown with where I felt unsafe. They also have a high incidence of emergency landings. Thankfully when they formally requested standing only tickets with a bus style grab hold they had just racked up a record for emergency landings the previous month and weren’t approved.

No to —-> Frontier, Southwest, American, and United

I mean a deadazz No

Just to reinforce what I am saying - No

It’s definitely Frontier or Spirit (or as someone said above, Allegiant). Granted, my one experience with Frontier was fantastic going from Raleigh to NoLa. It was the only nonstop flight, at least half the price of others, and I don’t get a lot of the stuff people do that the budget airlines charge extra for. They did hit me with a $5 charge just to print out my boarding pass though so that was lol.

I personally don’t like Southwest because of their onboarding process, and JetBlue (unless things changed) is absolutely one of the best (at least for my Raleigh to Boston routes).

Back when I worked for the airlines Spirit was the punchline for a lot of jokes. There is no perfect airline; they all have their problems. But Spirit really is the absolute bottom of the barrel and I am honestly surprised they still exist today.

Southwest is by far a much better company than Frontier, Spirit, etc., but the overall product still sucks. Basically a Greyhound bus in the sky. Good safety record and the happiest employees in the industry, wonderful. Cattle call boarding and no assigned seating? Kiss my ass.

Frontier from SEA to FL - 6 + hour layover in DEN they changed the gate without telling those at the original departure gate. It was wasn’t until we flagged someone done that we found out it was on the opposite side and it’s the crack of dawn and no coffee shops are open. Made it to the gate in time and it was packed.

nothing but satan trying to keep me from having my coffee before getting on that cheap . . . flight

That was my one and only time spending anytime with that company.

(or as someone said above, Allegiant)

I have flown Allegiant several times as they have a “hub” in the town I used to live in and I could get cheap tickets to FL, Las Vegas or Arizona, no cost parking and 20 minutes from home

The one time they canceled a flight on me, I was going to Disney for my 40 something birthday, alone on a whim and booked the entire package through them. Since the flights are limited they were cutting into my entire stay, so I said something - they put me up in a hotel for the flight the next morning with breakfast and extended my stay by 3 days including paying for the extra rental and hotel days.

I can only assume that if you paint your planes entirely in yellow, it’s so the recovery teams can locate them more easily.

Funny. With trepidation I checked their safety record before first taking a chance. Spirit Airlines has the distinction of none of their planes plowing into the ground. That’s to their credit.

Their booking system though needs to be cremated. During a recent fiasco, their pilots and flight crews could not connect with each other to staff flights! Who does that in 2021? Fly them on a competing airline but keep those birds in the air. But no… Many thousands of flights - not passengers - flights were cancelled for close to a week. 5 cancellations day after day in a row. They apologized…

But their seats while spartan amd not well padded, are thick smooth leather and were in better repair than American Airlines on same route (lumpy and old seat pads are not better).

Safety first for loved ones. Does this mean he is on suicide watch?

Lack of seat reservations is a feature for Southwest. Jokes are used to sooth the tension among the cattle.

I have to admit that I do look at the fleet the airline uses and I am that person that listens to the attendants when they are explaining the safety procedures. I grew up a Boeing kid and we know where the breaks will happen and sit in the designated areas accordingly.

One man’s “feature” is another man’s fistfight for seat 16A or 16F.

If it ain’t Boeing I ain’t going!

With trepidation I checked their safety record before first taking a chance. Spirit Airlines has the distinction of none of their planes plowing into the ground. That’s to their credit.

Ehh, not really… They just haven’t actually flown enough hours to catch up with the law of averages yet.

Paper is the worst!