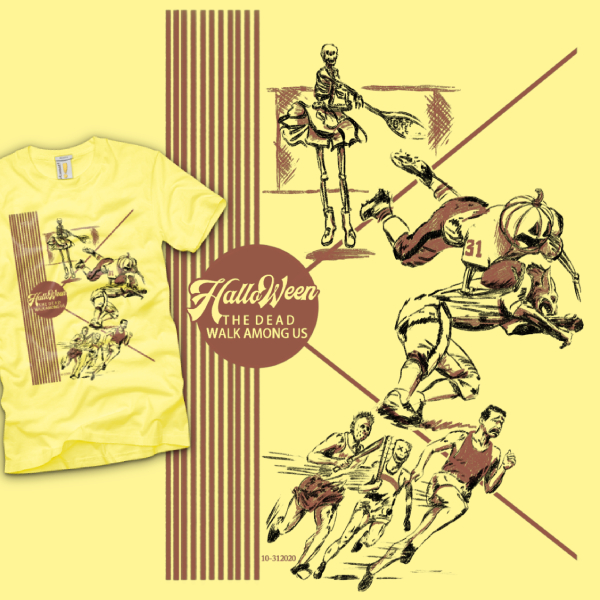 I think I need you to explain this one to me.

Pee-Chee folders are these super cheap folders (maybe just in the USA) with terrible 1950’s style illustration on them…very popular in the US from who knows how far back until at least the 80’s. I used to doodle on mine constantly as a kid. They have a whole cult following.

I basically re-drew it with horror film scenes, but in the original illustration style. It would have been even better if Woot carried goldenrod shirts, because that’d be closer to the original folder color, but the vibe still carries. 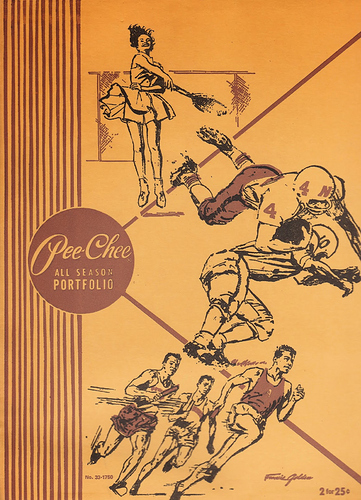 I actually like the artwork on the image I found, but I guess terrible art is in the eye of the beholder.

Thanks for the explanation. I’ve been far back at least until the 80s and I’ve never heard of them either. But good to understand the reference.

Yeah…they were the lamest, but now carry this kind of retro-crap nostalgia for kids who grew up doodling on them like I did. It was like bad 1950s and 1960s advertising clip-art…which is kind of awesome.