I bought one of these in the middle of December, just shy of a month ago
At the time, it seemed a bit frivolous and mostly unnecessary (how hard is it to boil water for some eggs?), but it was cheap enough and I figured it would free up a burner when I’m doing TONS of holiday cooking (I always end up making deviled eggs for the holidays), and would be one less pot to watch because of the built in timer.

I have already used this thing multiple times, and am loving it!!
It does make perfect hard or soft boiled eggs with the most minimal of effort and cleanup.
I have not tried the poaching or “omelet” trays yet, but I imagine they will work just as described.

Still trying to figure out where to store it with all the multiple pieces in my kitchen that already has a bunch of unused gadgets, but with as often as it has been used, I’m considering making space for it to just stay out on the counter.

Definitely an impulse purchase, but really, for $14, it was one of the best holiday purchases I made for myself.

EDIT:
And after writing this, I felt like a soft boiled egg on my salad for dinner: 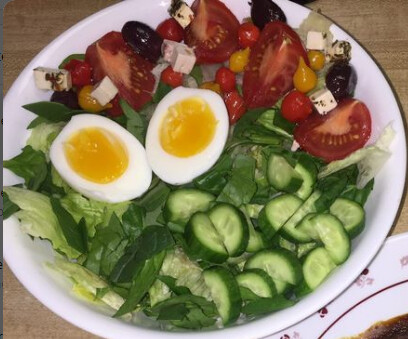 I really appreciate your input on this. I have been eyeballing them for some time. I have a really small kitchen and a tendency to overindulge in kitchen products.
I had thus far resisted this , with the same argument , how hard is it to cook an egg and we don’t have room and I don’t need it. I broke last night and bought one.
So excited, I can’t wait to get it.
I’ve read that piercing the egg or not makes no difference. What have you found?

I just used it again on Friday, still loving it!