I’m calling FOWL on this one - he’s talkin’ turkey, not rooster. 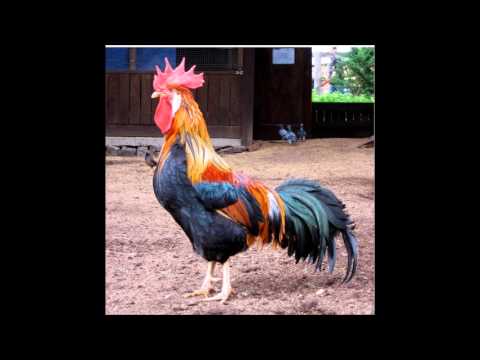 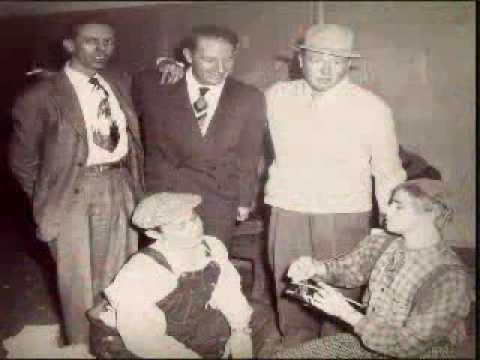 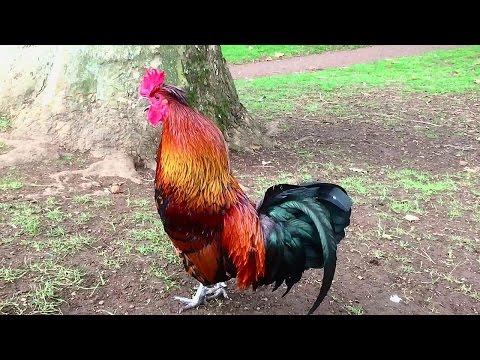 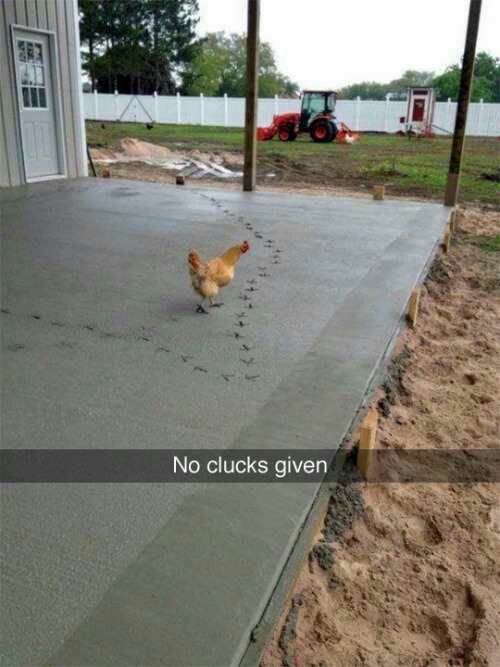 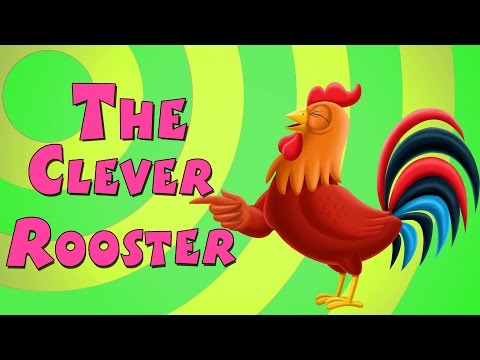 The Rooster of Barcelos is sold as a common souvenir from Portugal.
The legend of the Rooster of Barcelos tells the story of a dead rooster’s miraculous intervention in proving the innocence of a man who had been falsely accused and sentenced to death. The story is associated with the 17th-century calvary that is part of the collection of the Archeological Museum located in Paço dos Condes, a gothic-style palace in Barcelos, a city in the Braga District of northwest Portugal.

According to the legend, silver had been stolen from a landowner in Barcelos, and the inhabitants of that city were looking for the criminal who had committed the crime. One day, a man from neighboring Galicia turned up and became suspect, despite his pleas of innocence. The Galician swore that he was merely passing through Barcelos on a Pilgrimage to Santiago de Compostela to complete a promise.

Nevertheless, the authorities arrested the Galician and condemned him to hang. The man asked them to take him in front of the judge who had condemned him. The authorities honored his request and took him to the house of the magistrate, who was holding a banquet with some friends. Affirming his innocence, the Galician pointed to a roasted cock on top of the banquet table and exclaimed, “It is as certain that I am innocent as it is certain that this rooster will crow when they hang me.” The judge pushed aside his plate because he decided to not eat the rooster. But still, the judge ignored the Galician’s appeal.

However, while the pilgrim was being hanged, the roasted rooster stood up on the table and crowed as the Galician predicted. Understanding his error, the judge ran to the gallows, only to discover that the Galician had been saved from hanging thanks to a poorly made knot in the rope. The man was immediately freed and sent off in peace.

Some years later, the Galician returned to Barcelos to sculpt the Calvary (or Crucifix) to the Lord of the Rooster (Portuguese, “Cruzeiro do Senhor do Galo”) in praise to the Virgin Mary and to Saint James. The monument is located in the Archaeological Museum of Barcelos.

Variations
In all cases, the legend of the Rooster of Barcelos revolves around a dead rooster that crows to prove an accused man’s innocence. However, there are variations to the story. The following are some of the variations: 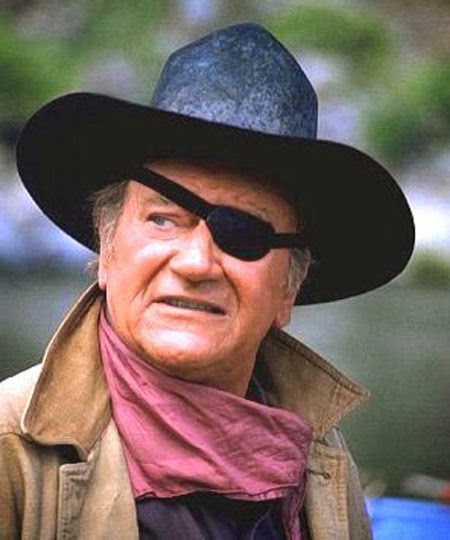 Some serious rooster going on here 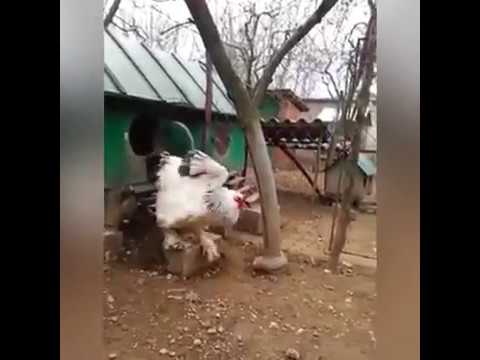 and for you style-setting ladies out there . . . 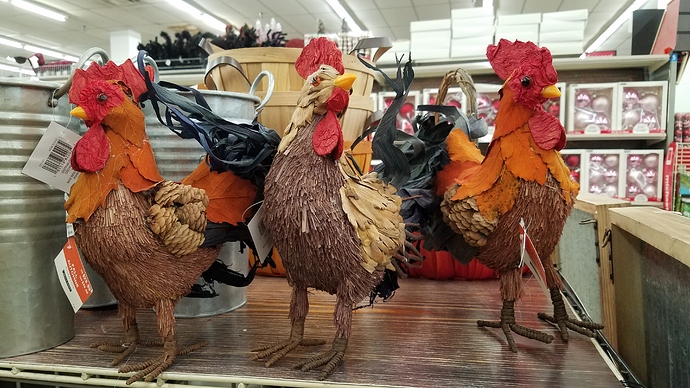 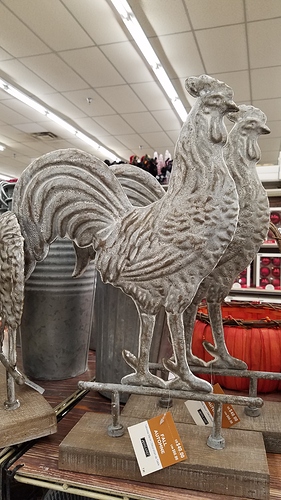 CLUCK CLUCK
There’s so many people that clucking love us Roosters! 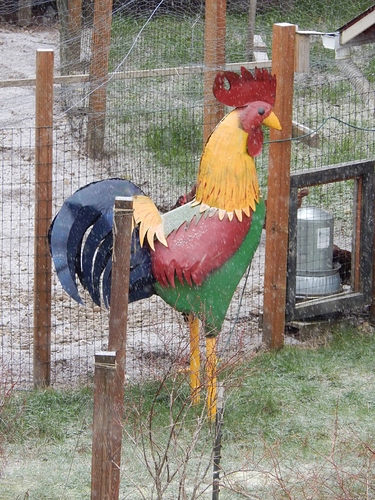 Well, I have an old 78 rpm picture disc that mentions ROOSTERS!
So… I made a movie… For Wooster! 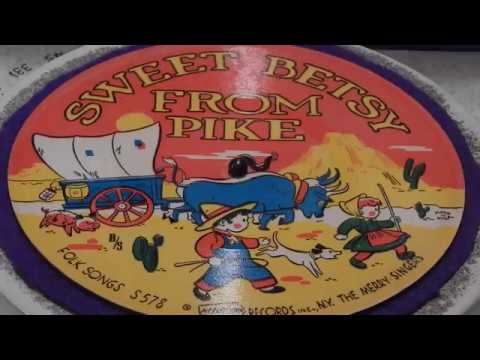 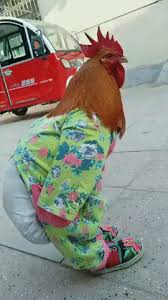 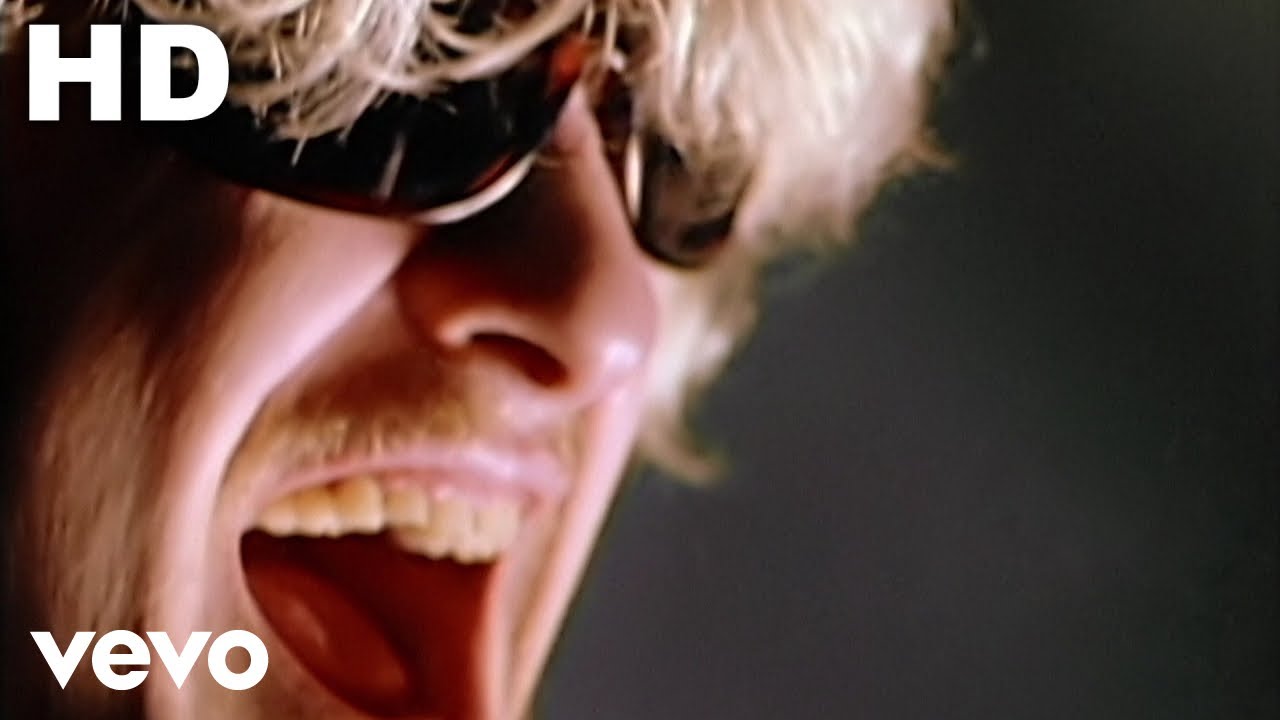 In the spirit of Halloween. 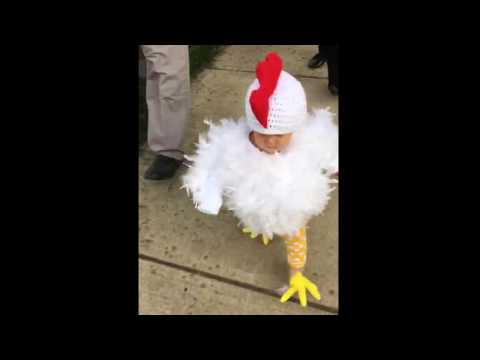