No game bundle with this one for the same price as prior sales with game bundles?

The one you linked didn’t look to have very many sold…maybe like 5 units? Maybe that one was a better deal because it was a “door buster” or something.

It was a Factory Reconditioned bundle.

Does that explain why it was the same price (apparently) as this bundle-less listing? Don’t look at me; that’s not my job.

Oh, there you have it. Reconditioned vs New would seem to equate to about the price of a game.

Question is… what generation of PS4 Pro is it? Though it is not always clear from descriptions, there are (at least) 3 versions, not including variations in custom limited edition printing on the case.

You can tell the newer ones because they have a standard 2-prong connector (similar to the slim PS4). The original PS4 Pros have a larger connector that is shaped like a desktop PC connector, though it only uses 2 pins. The first ones have older “chips” and the cooling is not as good, so they run hotter and the fans can make a lot of noise.

It is good that these are new – kind-of puzzled that they have stock of these now – a few months ago it was almost impossible to find a new PS4 Pro anywhere. I wonder if these are old stock (but new) that have been un-boxed from bundles and are being sold this way since they are now a bit outdated. (performance-wise they should be equivalent to the newer ones, except for heat and fan noise issues.) But honestly don’t know what version these are…

[EDIT] If the photo in 4th pic is accurate (showing rear of console), it is the older “large” power connector, meaning 1st or 2nd rev, not the newer more efficient one that has been out since late 2018. But the “connection” diagram on the last photo shows the newer small 2-pin connector. So again, honestly don’t know what version these are…

I’m wondering which version it is as wel. They show its “CUH-7000 series” in the specs. That’s the OG model number for the PS4 Pro. The newest one is 7200. However, the use of the word series throws me off. 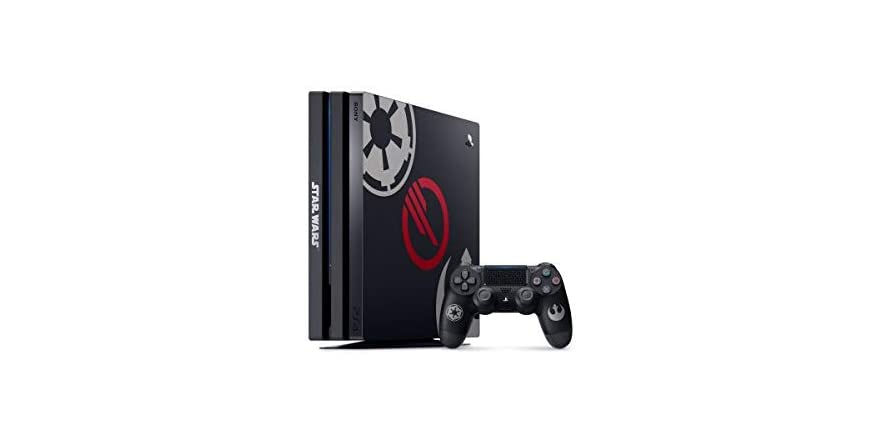 The User Guide in the Specs tab shows paperwork for the CUH-7115B which seems to be a 2nd+ gen with better ventilation and quieter fan from a quick search.

@ThunderThighs , which ps 4 pro version and model is this? Thanks

which ps 4 pro version and model is this? Thanks

Ok, but what does one DO with this Sony Playstation 4 Pro 1TB Console? Can I make popcorn with it?

Ok, but what does one DO with this Sony Playstation 4 Pro 1TB Console? Can I make popcorn with it?

No, but you can play the immensely popular game, “I am Bread,” (sold separately) on it.

I found that game to be even more frustrating when played on a console vs with touchscreen controls of a phone/tablet.

If you play a game with demanding graphics, the PS4 gets pretty warm, so you may be able to cook popcorn or fry an egg on it!

If you play a game with demanding graphics, the PS4 gets pretty warm, so you may be able to cook popcorn or fry an egg on it!

What’s your favorite PS4 game?
My choices: Fortnite, Last of Us, MLB The Show,

I’m… not gonna lie. I thought you were making that up. And then I googled. And, well, I owe you and apology. Move over, Goat Simulator, I am about to have a new favorite…

This just leaves more questions. That amazon link says 7000 series but the amazon questions there confirmed its CUH-7215B as of mid last year. I also found an ebay link that claims Model Number 3003346 is CUH-7215B. Version: CUH-7000 is too generic of an answer here.

Guess I’ll find out once I get it.

Hmmm since you chose 3, I will choose 3.

My choices: Apex (to counter your Fortnite) but mainly only because my friends play it, Red Dead Redemption 2/GTA5 (I count these as 1), and Mordheim!

Honorable mention to Mount and Blade: Warband, since I have put so many hours into that game but haven’t played it recently.

Good choices! I’m not an Apex guy, but I guess you’re one or the other if you like Fortnite/Apex. RDR2 was good, but got boring at times and I put in most of my hours on GTA5 on the XBOX 360 although I do have it on Playstation 4. GTA5 is one of the best games of all time!