Light it on fire and drive a motorcycle through it.

It has blades. They are inside the base.

Even refurbed I can buy like 10 fans from wally world for that price.

I got mine off of woot when it was sold new.

I love it! Almost a year of every day to every other day use, and it still works like the first time.

The clean up is super easy, just wipe down the intake, and the ring.

The sound it produces is very calming while I’m sleeping

My first review of the unit 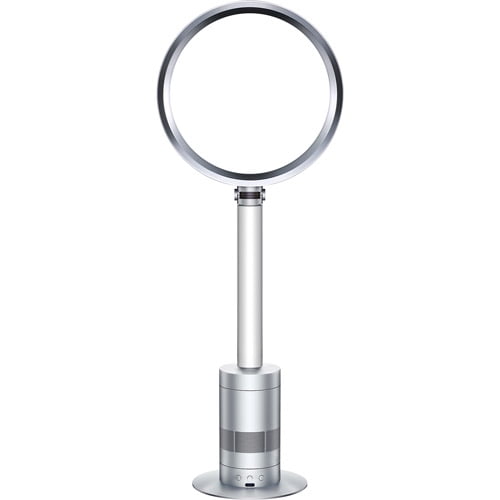 What, no obligatory video posting of the Dyson “Balloons and Dyson Air Multiplier™ fans” clip?

There we go. All is right with the world.

And damn, I still get the chills watching that video, dozens of times later.

Light it on fire and drive a motorcycle through it.

Have chinese acrobats leap through it.

Purchased it new from woot more than a year ago and it is still going strong 24/7 since.

The biggest plus for me is the ease of cleaning the unit. It is very quiet when on lower setting. on high, it still makes quite a bit of noise.

The design is stylish, but do take quite a bit of room vs tower style fan.

The remote magnet is a bit weak, but still convenient.

I also have a $100ish tower fan so while $200 is a lot, I don’t think it is an outrageous amount compare to what is out there but I can totally understand that price is hard to justify for a lot of people but for me, I am happy with the purchase and will likely buy the smaller desktop version if it become available.

I bought two of these on Woot over a year ago. They are still running strong.

The only issue I have had is when they are both on the bare wood floor in the same room and running on about ¾ power they created a sort of subsonic resonance which I could hear throughout the house. Once I had identified the source, it was an easy fix to place each fan on a foam mat which isolated the vibration.

I bought the dyson fan last time it was on woot as a refurb and it died within 2 days. I got a flashing power light and could find no remedy to fix it. I called dyson and then send out a new fan ASAP. Really great service. Just an FYI. The fan that I recieved from Woot and the replacement fan were labled “Refebished - B Grade.” Both of the fans came with scraches on the ring, one of them looked like someone used sand paper on it, which was rather frustrating. I called dyson about the scraches and they sent out a new ring no questions asked.

and my comments then verbatim:

What other reason for owning anything is there?

Why does anyone have questions about this fan??? It MULTIPLIES AIR!!! x18 to be exact. O M G

they put out plenty of air… and other fans that put out as much air or more than the Dyson…are loud.

The more I hear people say this is too pricey for sensible people, the more I senselessly want one as a status symbol.

This sounds a lot like a propeller-less Piper Cub. Is there an option for the bladed model?

I’m getting one of these for every room. First, it does away with the physical danger inherent in traditional fans. Why, as soon as you get your bladded fan out of the screwed on shipping crate and plugged in, the hazard is obvious. Then there’s the whole whole-air benefit. I ask you, how is air supposed to carry oxygen to our lungs after it’s been chopped up by the tranditional fan? And what of the air itself? Does it know it’s about to be slaughtered and is it afraid as it approaches the blades? Does it suffer? It may be down-right immoral to be consuming air like this, and it’s messy besides; butchered air parts being spewed across the room like that. Gross. It may also be dangerous in ways we don’t yet recognize - look what happened when they split the atom.