“Refurbished”, but what GRADE?

Hey, you there! These items are expected to have a moderate level of wear & tear including (but not limited to) scratches, dents, and dings. Outside of their physical appearance, they have been tested to be in full working condition. Batteries are tested to function at minimum 85% capacity.

I can’t comment on the degree of wear, but I have a 3 XL and it is a fantastic phone. Yes it’s a bit old, but I find mine to still be plenty snappy with everything I do on it.

Buyer Beware : I bought a refurb pixel from woot, and within the first month or two got an OTA which bricked it. No refund/replacement on the refurb so I was out my $100+ on a “cheap” phone which didn’t last longer than a $40 Walmart special.

Neither woot or google were able to offer much anything other than “sorry.”

Moderate level wear is ok, but are there any scratches on the screen? That’s a dealbreaker.

I bought one the last time it was on here and it started to bootloop within a few days. Woot did accept the return no problem however.

Anecdotally, this is the second PIxel 3 I’ve had that pooped the bed. I’m not taking chances with a third.

I have owned a Pixel, Pixel 2, and Pixel 3XL. I wanted to love them so bad…but they didn’t love me back. The Pixel had a bad microphone (a common issue that eventually it was recalled for), the Pixel 2 had another issue (don’t remember), and the Pixel 3XL had not enough battery life. I loved the snappy android and the amazing pictures, but ultimately the build quality (or lack thereof) pushed me away.

Buy a refurb at your own risk.

Pixel 3 user here, I’ve had that bootloop issue a couple times. It’s a stuck power button pin most of the time, the solution is to carefully whack it on the edge of a table.

I have a Pixel 3 and a Pixel 4. I bought the 3 when it was first released. Bought the 4 right after it was released on the Black Friday deal Google had (and gave the 3 to my husband). Both have been exceptionally great phones, the best I’ve ever owned. I’m a Pixel fan for life.

Moderate level wear is ok, but are there any scratches on the screen? That’s a dealbreaker.

There could be minor scratches on the screen but nothing that inhibits use.

I got the Pixel 3 last time Woot had them because I wanted wireless charging. The back case in the upper right corner was severely cracked and two long scratches on the screen (that disappear when I use it.) Other than that, I love the phone. But now I’d like the 3xl. I have pretty big hands and the 3 is just a little small for me.

Got a 3 last time they had these. Camera lens came cracked. Woot told me they didn’t have stock to replace as of 2 days ago. Now they are listed on here again at $40 cheaper than when I bought it. Buyer beware.

Does it work with Google Fi? (Not in the list.)

I think so?
Use a phone designed for Fi or bring your own phone - Google Fi Help

I bought an 3xl on woot a few weeks ago, screen was clean one minor noticeable scratch on the back of the case. I put a nice case cover and screen protector. So far so good.

Thanks. I’m out then.

What’s the return policy on these? My biggest concern is if there is a scratch on the screen I can not live with. Can I return the phone for that? 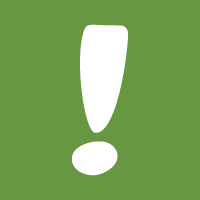 Do you have questions? Do you ask them frequently? We've got a page for you!

Does “Fully Unlocked” mean factory unlocked? Can I unlock the bootloader and install lineage or some other ROM when Google stops providing security updates?