No Garden, One Dragon 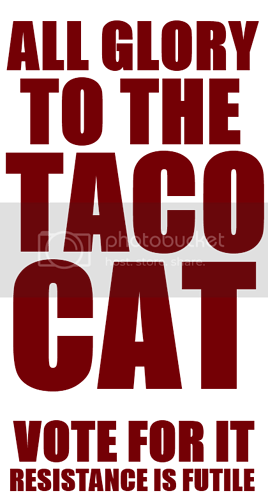 …And then the whole ship blew up.

Part of U.S. is UFO Trap

I know, I know, why doesn’t the alien just beam up the cow? Because there’s a big box in the way, duh!

The first 11 (palindrome) digits of pi expressed in digit pairs that have been translated into base 4 or base 6 as palindrome numbers. Geek out.

I had fun drawing this… its simple, but I only had an hour to work on it.

Thanks for the votes!
Cheers.

I like it, but I think if you could darken up the dragons colors it would be awesome. Works perfect with the theme. (DGMV unless you darken it up)

Re: [Do Geese See God

I wrote 6 colors in the comp out of habit, but I promise it’s actually only 5 colors on navy.

Holy crap. I love this. GMV.

Here’s a five color design that will probably make you want to run to the store and grab some deli meat, cheese and crackers–or maybe a dachshund. Just don’t eat a dachshund.

I really love this design~ I hope it gets made into a shirt.

Regal Lager: The real king of beers! Not sold in stores, not sold in bars, available only for a limited time — and only if you vote! So vote now!

HAHAHAHAHAHA… out of all of the taco cats I have seen, this one takes the cake… or chiro.

This is so cool. Who knew olives had that much, um, juice in them. Gruesome.